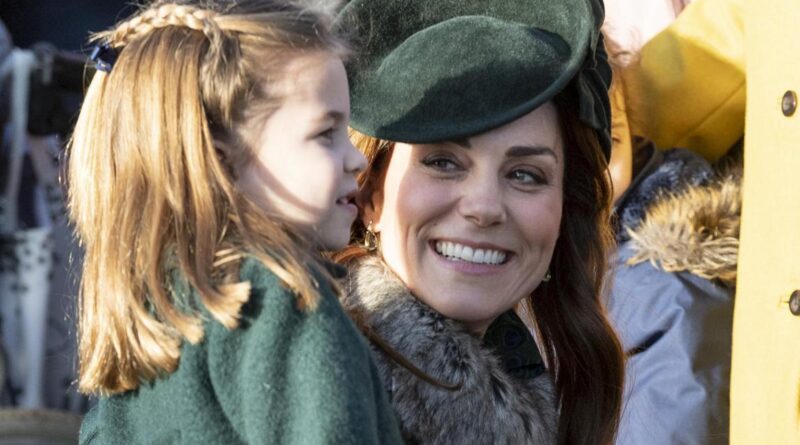 Princess Charlotte is Prince William and Kate’s second child and only daughter. The Duke and Duchess of Cambridge are doing a great job with raising their three children, teaching them all about the life of a royal, as well as instilling many important values in them. They have emphasized that they are trying to give their life a normal life, to teach them not to take advantage of everything that the privileged royal lifestyle offers.

An example of this is how often Kate recycles some stunning outfits she has worn during past engagements, instead of buying expensive new clothes every time she needs to step out for some event.

And it seems that mom Kate has carried this over to her children. Recently, Princess Charlotte was seen wearing the same Amaia Kids green coat that she wore during the royal family’s Christmas Day walkabout during a trip with her mother and brothers to Sainsbury’s.

Actually, the green coat that Charlotte was wearing was the thing that caught Kate Carter‘s eye, a royal fan, as she realized that shopping beside her at the local supermarket were the royals. While recalling the event, she said: “I noticed Charlotte first as she had the beautiful green jacket on that she wore at Christmas. Then I saw Kate, who had Louis in her arms and I thought ‘Am I the only one seeing this?’ I couldn’t believe it was happening.” Kate also revealed that the children were “very well behaved”, with the Duchess rocking a casual look with jeans and an ordinary jumper.

This isn’t the first time that this has happened, as both Prince George and Princess Charlotte have recycled outfits in the past. For example in 2017, the then two-year-old was seen wearing the same Liberty print smock dress that she had worn for the Trooping the Colour parade while boarding a helicopter in Hamburg during the Cambridges’ tour of Germany and Poland. The next year, 2018, saw Princess Charlotte in the same cute navy cardigan in the family’s annual Christmas card, which was the exact same knitwear that Prince George wore in April 2016 for the Queen’s birthday portrait with all her grandchildren.

The youngest has also worn hand-me-downs, as at his Trooping the Colour debut in 2019, the youngest of the Cambridge children was wearing one of Prince Harry and William’s old outfits – an adorable blue and white ensemble that both royal brothers had worn as children.

The Cambridge children most often wear items from Spanish brand Amaia Kids, so although Charlotte’s green coat has been seen before, it might make a comeback as it is available at the moment in a number of sizes on the store’s website, priced at 140 pounds. It comes in pink, red and blue, and is made from Austrian merino boiled wool. None shall escape the Charlotte-effect.

READ NEXT: How William And Kate Supported The Queen’s Coronavirus Response

Princess Charlotte Named As ‘Richest’ Young Royal In The World 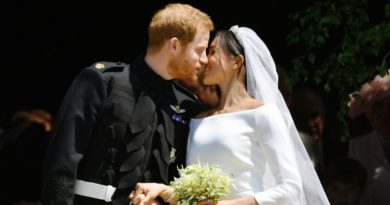