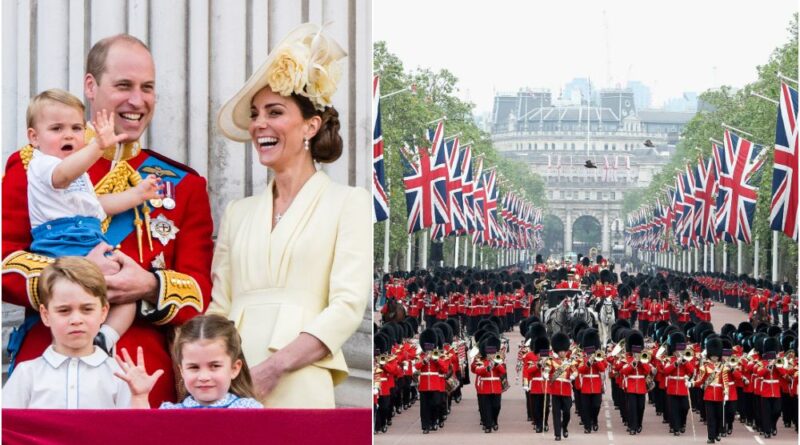 Trooping the Colour doesn’t only mark The Queen’s official birthday, but it’s also a rare chance to see the little royals on the Buckingham Palace balcony watching the flypast.

Unfortunately, this year, due to the coronavirus pandemic, we won’t get too see Prince George, Princess Charlotte and Prince Louis.

At first, it was reported that the festivities were cancelled. But, now it has been announced that a small military ceremony will be held on 13 June. (the same day the event would have been held in London)

In place of the annual Trooping The Colour ceremony, officials confirm that a mini celebration will take place inside the grounds at Windsor Castle.

The Queen with just her husband, Prince Philip will likely be the only members of the Royal Family in attendance. That’s not to say her loved ones won’t be keen to share in her special day.

Prince William and Kate joined by George, Charlotte and Louis will reportedly tune into the BBC’s coverage, and witness the event from Anmer Hall, Norfolk.

The broadcast of the event will start at 10.30am.

Buckingham Palace has confirmed details of Saturday’s parade ahead of the celebrations. The statement reads: “The Queen will view a military ceremony in the quadrangle of Windsor Castle to mark Her Majesty’s official birthday on Saturday 13th June, 2020.

“The ceremony will be executed by soldiers from the 1st Battalion Welsh Guards, who are currently on Guard at Windsor Castle, and feature music performed by a Band of the Household Division.

“Upon Her Majesty’s arrival in the Quadrangle, the Queen will be greeted by a royal salute.

“A series of military drills will then be carried out as the band plays. The ceremony will conclude with a second salute before The Queen’s departure.”

The Queen To Spend Time With George, Charlotte And Louis 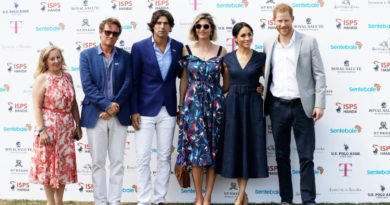