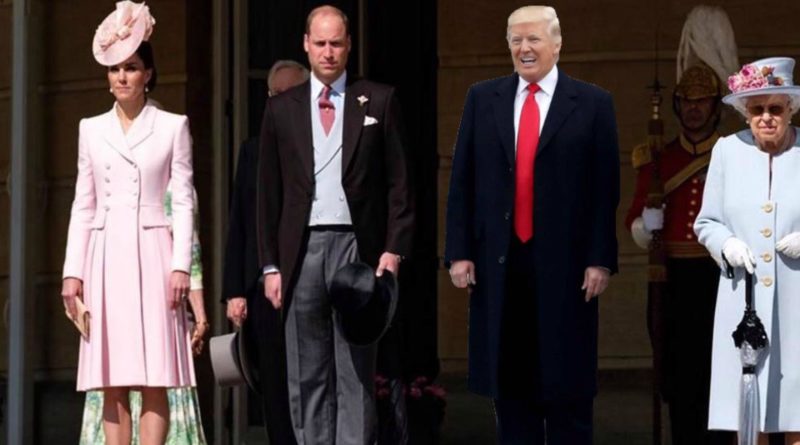 In June the President of the United States will be visiting the UK, and among the Royals expected to be there for the welcome at the Buckingham, Palace dinner are the Duke and Duchess of Cambridge. Donald Trump and his wife Melania will be visiting the UK on June 3, with the Queen holding a state banquet later that evening.

Prince Charles and the Duchess of Cornwall have confirmed their attendance, while Kate and William are yet to confirm but will most likely be there. This will be a great opportunity for Kate to show off her new insignia, as she was recently been made Dame Grand Cross of the Royal Victorian Order.

The president of the United States, Donald Trump will be in the UK for two days, starting off his visit with a ceremonial welcome within the Buckingham Palace gardens rather than the traditional Horse Guards Parade-and it seems the reason why is due to security concerns.

A palace release read: “Her Majesty The Queen, joined by The Prince of Wales and The Duchess of Cornwall, will officially welcome The President and Mrs Trump at Buckingham Palace.

The President will receive a Ceremonial Welcome in the Buckingham Palace Garden and The President, accompanied by The Prince of Wales, will inspect the Guard of Honour, formed of Nijmegen Company Grenadier Guards. Royal Gun Salutes will be fired in Green Park and at the Tower of London.”

During his visit, Mr Trump will meet with Prime Minister Theresa May and the Duke of York, as well as a visit to Westminster Abbey to lay a wreath at the Grave of the Unknown Warrior and a commemorative D-day event in Portsmouth.

The President and First Lady will also host a return dinner at Winfield House, which is the residence of the ambassador of the United States of America. It will be attended by Charles and Camilla on behalf of the Queen. 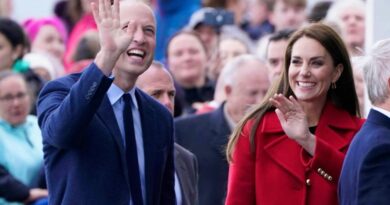