On Tuesday, William and Kate stepped out for a surprise event, and they gave their first public remarks on Harry and Meghan’s baby boy, who was born yesterday morning. Speaking at the launch of The King’s Cup regatta at the Cutty Sark, uncle William was asked how he was feeling.

And William said: “Obviously thrilled, absolutely thrilled, and obviously looking forward to seeing them in the next few days when things have quietened down.

“I’m very pleased and glad to welcome my own brother into the sleep deprivation society that is parenting.”

When asked whether he had any advice for his brother, William replied: “Plenty of advice. I wish him all the best, and I hope the next few days they can settle down and enjoy having a newborn in the family and all the joys that come with it that.”

Mom-of-three Kate also shared her excitement over the newborn. She said:”It’s such a special time, obviously with Louis and Charlotte just having had their birthdays it’s such a great time of year to have a baby, spring is in the air.”

She added: “As William said, we’re looking forward to meeting him and finding out what his name’s going to be, so it’s really exciting for both of them and we wish them all the best.

“These next few weeks are always a bit daunting the first time round so we wish them all the best.”

Kate and William visited to the Cutty Sark on Tuesday afternoon to officially launch The King’s Cup competition which will take place off the coast of the Isle of Wight in August 2019.

For the launch, Kate was dressed in a sweater featuring nautical stripes, and a pair of navy pants by L.K. Bennett. Her pumps are by Emmy London.

According to the royal family’s official website, “The Duke and Duchess go head to head as skippers of individual sailing boats, in an eight boat regatta race. The winning team will be awarded The King’s Cup, a historic trophy first presented by King George V at Cowes’ Royal Yacht Squadron in 1920.”

Basically, Kate and William plan to compete in a sailing race this summer! And it is so exciting, we can’t wait!

READ NEXT: Harry Revealed A Sweet Thing During The Interview We All’ve Missed 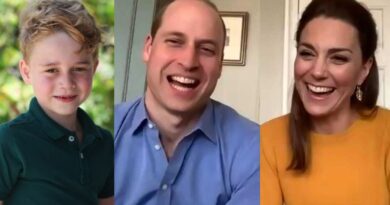 Kate Revealed How William And George Will Spend Easter 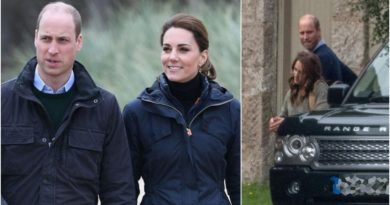