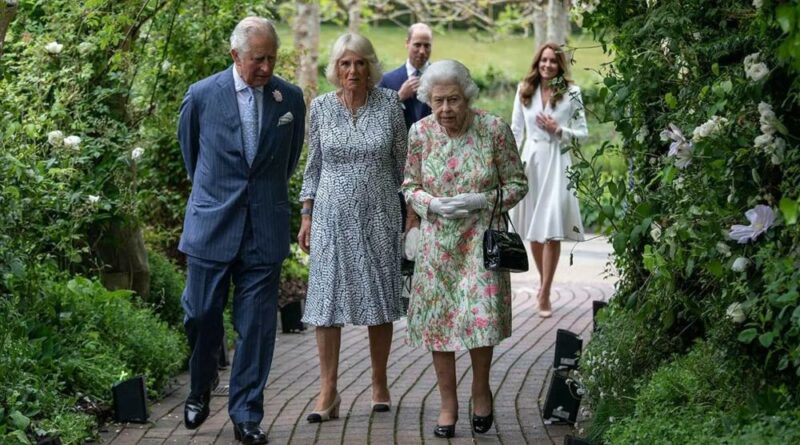 On Friday evening, Prince William and Kate were spotted at the G-7 leaders reception at the Eden Project in Cornwall. Along with Prince Charles and the Duchess of Cornwall, they joined the Queen for their first G7 summit.

During a brief moment, Kate appeared to greet Prince William’s father with a very personal nickname- “Grandpa”. She was caught on camera saying: ‘Hello Grandpa! How are you?’ as Prince Charles turned to speak to her on arrival.

The lipreader also picked up an exchange between Duchess Camilla and the Queen about a shawl.

Camilla was seen offering the Queen a scarf and said: “Here is your shawl.”

The Queen then said: “You have it.”

To which Camilla replied: “Are you sure?”

And Charles added: “She doesn’t want it.”

Friday evening was definitely a treat for royal fans as they caught another fun moment between the Queen, Duchess Camilla and Duchess Kate.

The royal ladies participated in a special reception with volunteers who are organizing next year’s Platinum Jubilee, which will mark the Queen’s 70 years on the throne. There, they met with volunteers encouraging community bonding in the wake of the coronavirus pandemic, which left many Brits feeling isolated.

During the engagement, the Queen insisted on borrowing a ceremonial sword to cut a cake.

Queen Elizabeth used a ceremonial sword to cut a cake at an event on the sidelines of the G7 summit pic.twitter.com/ehCTTIgLpj

When told by an aide that there was a conventional knife available, the Queen replied: “I know there is. This is something that is more unusual.” Her quip brought smiles and laughs from Kate, Camilla, and the rest of the crowd.

“That looks very good,” she added after cutting a slice with the help of Camilla.

READ NEXT: Duchess Kate Reveals How The Pandemic Changed Her Perspective On Family 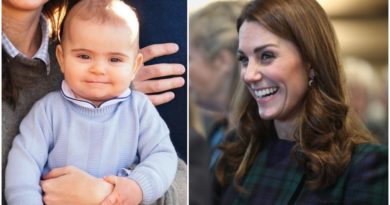