Following a short break with their children, Prince William and Kate are returning to royal duties this week.

It had previously been announced that on Thursday, Prince William alone was going to attend the launch of the National Emergencies Trust. Now, it has been revealed that wife Kate will join him too, with Kensington Palace confirming her attendance on Tuesday.

The couple will head to St-Martin-in-the-Fields, London, where they will learn how the independent charity will help other organizations and emergency services respond to disasters in the U.K.

The charity was founded in the wake of the tragic fire at Grenfell Tower and the various terrorist attacks that occurred in London and Manchester over the last few years.

As part of the launch, they will also meet the survivors of the Westminster Bridge attack and the Grenfell Tower fire.

The Duchess of Sussex also wrote the foreword for Together: Our Community Kitchen, a charity cookbook with 50 recipes from women affected by the Grenfell Tower fire, last year.

Few days ago, the Palace announced that Prince William will be making a solo visit to Kuwait and Oman at the request of the Foreign and Commonwealth Office. He will be in Middle East from Dec. 1 to Dec. 4.

But, before he makes the trip, he and Kate will be attending several other joint engagements.

On Saturday, the couple, joined by other royals, will attend the annual Festival of Remembrance at the Royal Albert Hall in London.

On Sunday, November 10, known as Remembrance Sunday, they will be at The Cenotaph, the war memorial in London, to pay their respects.

And, next week, William and Kate will also attend the Royal Variety Performance at the Palladium Theatre in London on Nov. 18. This special night is an event that happens every year and is in aid of the Royal Variety Charity, which has the Queen as a patron, with all the money raised from the show will go to hundreds of entertainers throughout the UK, who need assistance and help as a result of old age, ill-health or hard times.

READ NEXT: William And Kate Set To Have A Special Night Out 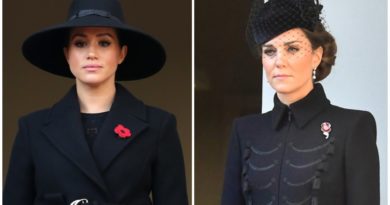 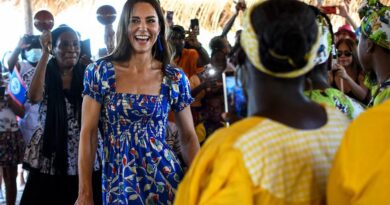