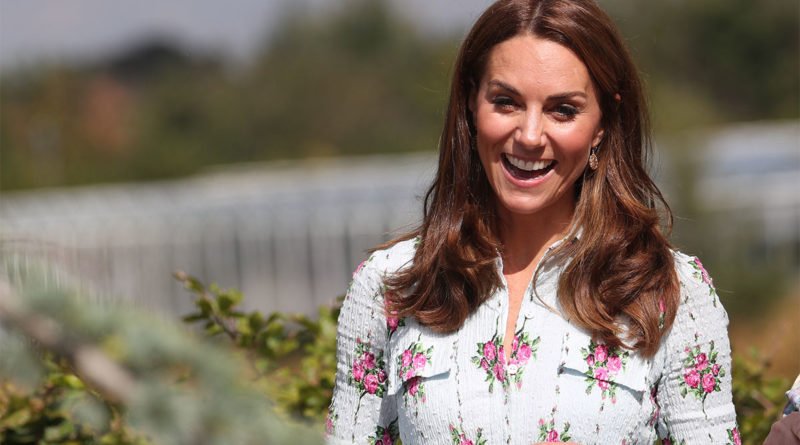 The Duchess of Cambridge has just stepped out for her first post-summer royal engagement today.

Kate, joined by Mary Berry, unveiled her new, third Back to Nature garden designed as a haven for children to play in. It has been inspired by the original design she created with Adam White and Andree Davies for the Chelsea Flower Show in May.

The garden includes features from the original garden like the hollow log and boulders from the waterfall, the wildflower meadow, hidden burrow and rolling hill from RHS Hampton.

New elements include trampolines surrounded by trees, two treehouses, linked via a walkway with slides and a living willow pod.

Kate dressed accordingly for the outdoor theme, sporting a light blue midi dress by Emilia Wickstead, decorated with pink roses. She completed the look with a pair of espadrille wedges.

During the Back to Nature garden, the Duchess also played with some of the children before she made a short speech.

“As many of you know, I was invited by the RHS to co-design a garden for families and children for this year’s Chelsea Flower Show and Hampton Court Palace Garden Festival,” she said.

“It’s been the most amazing experience and I can’t thank the RHS enough for giving me this wonderful opportunity.”

“I am not as green-fingered as many of you here, but I was passionate about creating a garden that inspired children and adults alike to get back to nature and reap the positive mental and physical health benefits that it can bring,” she added.

“Whether it is planting, exploring, digging, creating, or playing; quality time spent outside provides children with the perfect environment to form those positive relationships with the people in their lives and the world around them.

“As a parent, I have learned just how important it is to foster our children’s development, in all areas, not just physical, as soon as they are born. We build the blocks, the foundations, for future success and happiness later in their lives.”

Kate’s decision to create a special Chelsea show garden comes after years of exploring how childhood experiences have a direct link with the issues some face as adults such as addiction and social exclusion.

She believes that spending time outdoors plays a pivotal role in children’s future health and happiness, building foundations that last through childhood and over a lifetime.

She even got George, Charlotte and Louis involved in her Chelsea Flower Show garden. Her children helped her collecting sticks and fir cones, and the three of them came down to Chelsea in May with their father William to help unveil it.

Why Today Was A Special Day For The Duchess Of Cambridge 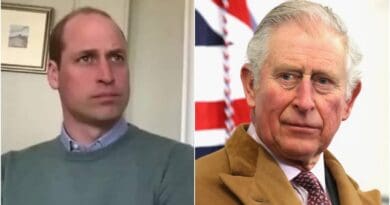 William Talks How He Reacted To Charles COVID-19 Diagnosis