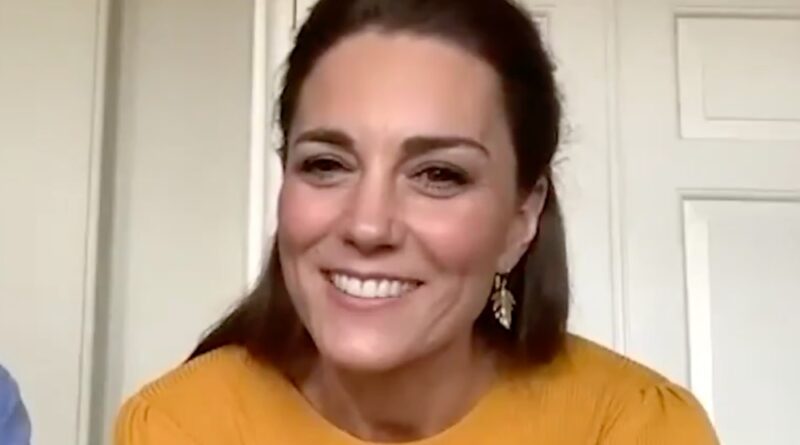 Everyone has celebrity crushes. Be it Margot Robbie, Brad Pitt or Cillian Murphy, there is always that one person we would love to meet. And when you are a royal, you get to meet lots of them, but that doesn’t mean they don’t fangirl from time to time. For example, Kate revealed who has been her favourite person to meet during a video call with children from Casterton Primary Academy, in Burnley, on Wednesday.

Anita Ghidotti, Chief Executive of the Pendle Trust, said: “The kids also asked them what the best famous person was that they had met – something I bet they don’t get asked very often!  The Duchess said that George has been watching lots of David Attenborough, Blue Planet and the like, so that would probably be hers.”

In September last year, Prince William and Kate teamed up with the renowned broadcaster and naturalist in Birkenhead, for the naming of the polar research ship, RSS Sir David Attenborough. The public had voted to call the vessel Boaty McBoatface, but the name was vetoed for some reason. I guess these celebrities have no humour.

The Duchess and Sir David first met at the Natural Museum Alive 3D premiere in 2013, where she and lots of celebrity guests experienced the documentary in complete 3D. Since their first meeting, the two have met multiple times, at events such as the Dramatic Arts event at Buckingham Palace with the Queen in February 2014 and the Wildlife Photographer of the Year 2014 Awards. Kate also had the honour of teaming up with Sir David for the reopening of Hintze Hall at the Natural History Museum in July 2017.

Sir David Attenborough is a long time friend of the royal family, with him and the Queen being born only weeks apart in 1926. Her Majesty was born on 21 April, with Attenborough being born on May 8. The two also have collaborated, for The Queen’s Green Planet documentary in 2017, and were filmed strolling in the gardens of Buckingham Palace together.

Prince William also turned interviewer when he was filmed in conversation with Sir David at the World Economic Forum in Davos last year.

READ NEXT: The Meaning Behind William And Kate’s Zoom Username