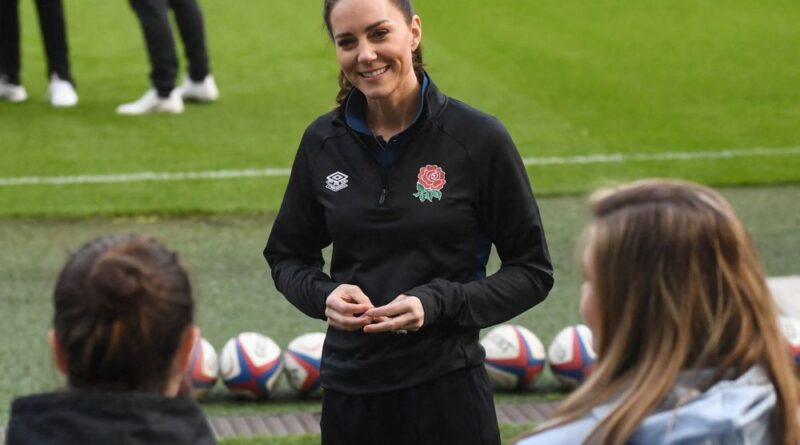 Kate Middleton is “very proud” of her new rugby patronages and she recently joined an England Rugby training session at Twickenham Stadium, even revealing her sons Prince George and Prince Louis are keen rugby players.

The Duchess of Cambridge is a lifelong rugby fan, from what we can tell from childhood, and she’s recently become a patron of Rugby Football Union and Rugby Football League, taking over from Prince Harry.

While chatting with the England women’s squad Kate mentioned how Prince George, eight, plays rugby and netball with girls and boys at his school, an atmosphere of progress compared to generations passed.

“Now that there is a move towards co-ed sport, so it’s not just girls playing netball, but other sports like rugby, which is great,” the Duchess explains.

We’ve gotten a sense the young royals are enjoying rugby, especially Louis as Kate revealed: “They’re all enjoying it, Louis is kamikaze, we’re worried about when he gets older, he’ll be in the middle of everything.”

The young royals have definitely inherited some sporty genes, earlier this month Prince George was also spotted playing football for his school’s team, with dad Prince William cheering him on.

As for Kate, during her sporty outing this Wednesday, she joined the men’s and women’s squads for some training exercises on the pitch, even being lifted into the air to catch the ball during a lineout.

The Duchess was presented with junior England kits for George, Charlotte and Louis, during the moment she told them: “I’m very proud to be here. I’ve got lots to learn, I’ve been looking at different players and tactics.”

READ NEXT: Kate Middleton Attends First Engagement As Rugby Patron After Taking Over The Role From Harry 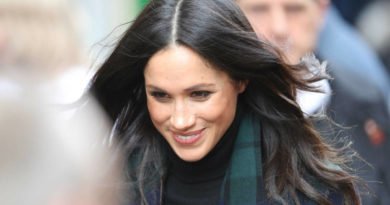