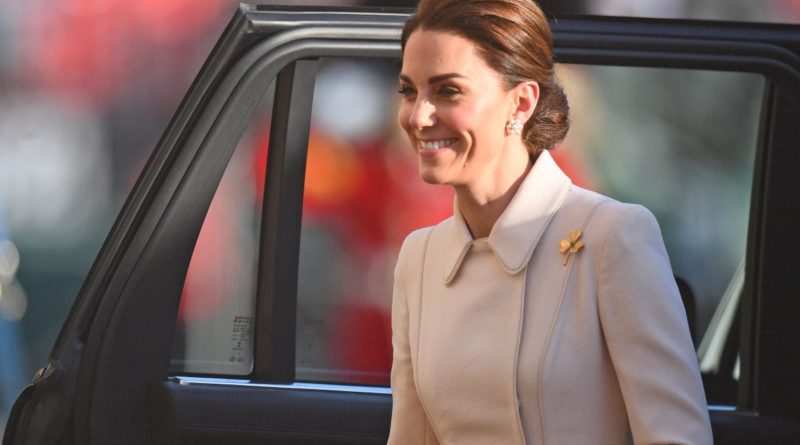 The Duchess of Cambridge looked stunning as always. She opted for a white coat by Catherine Walker with a mauve clutch by Mulberry and neutral suede heels.

Her hair was styled in a chic updo and accessorized with a gold shamrock pin in a nod to the Irish Guards.

This engagement marks the first time that she has received the salute at the spectacular musical show, which saw 750 soldiers from the Household Division entertain 13,000 spectators with military music, horsemanship, precision drill, pageantry and fireworks.

Every year a senior member of the royal family takes the salute. This year the honour fell on Kate. Kate’s husband Prince William took the salute from the Massed Bands of the Royal Marines last year. Prince Harry and Prince Philip have also previously carried out the role.

The Beating Retreat started in the 1690s when the beating of the drum would order troops to halt their fighting and head back to camp as darkness fell.

The beating later signalled the closing of the camp gates at the end of the day, before troops were called back to base for the night.

But now the royal event is an evening military concert and also marked the lowering of the Regimental flag as the sun sets.

This year’s show is themed around “Icons of a Nation” and captures the varied roles of the Household Division’s soldiers.

It’s been a busy week for Kate. She stepped out earlier this week for the state banquet the Queen held in honour of Donald and Melania Trump at Buckingham Palace.

And on Saturday, Kate will join other members of the royal family as she celebrates Trooping the Colour.

And next week, Kate and William will visit Cumbria “to celebrate the resilience and spirit of rural and farming communities in the region,” Kensington Palace tweeted.

READ NEXT: Why Were Kate, The Queen, Duchess Camilla And Melania All In White? 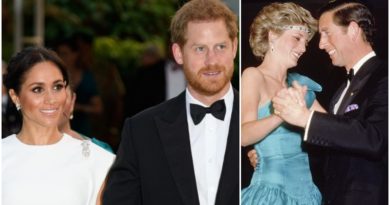