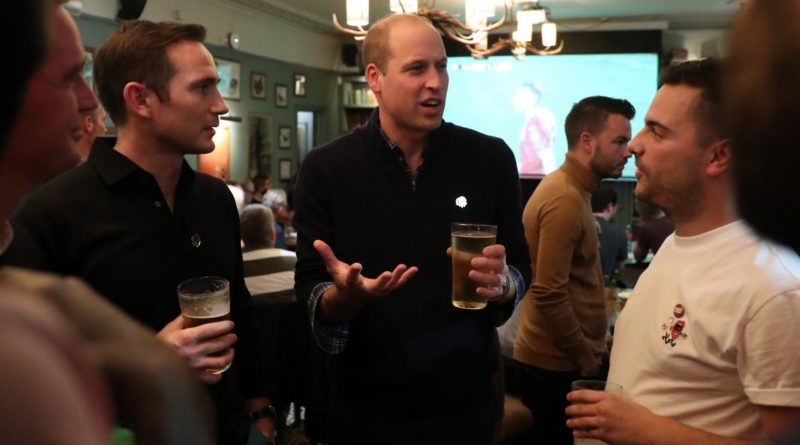 The Chelsea manager and Prince William teamed up for the Heads Up charity recently when Lampard tried his trick.

Frank Lampard, Chelsea’s manager, admits that he tried to turn Prince George into a Chelsea fan during a recent pub chat with Prince William. The former-footballer joined Prince William for the Heads Up charity initiative and even shared a pint with the royal as they watched England get the victory over the Czech Republic.

Prince William is a huge football fan and a big supporter of Aston Villa, something that he hopes to pass on to his son Prince George. He recently took him to an Aston Villa match, which saw his favourite team win against Norwich.

Lampard admitted that he couldn’t understand why the Royal Family are not Chelsea supports, going as far as to even bring up the question to Prince William.

“I asked why he supported Villa and he said it was because of a game he watched when he was younger and he felt that was the right thing to do. Then he’s obviously passed that down. I made a small attempt to get him [George] on the Chelsea side,” Lampard told talkSPORT.

“He did say George came home from school to say all his friends support Chelsea, but he’s going to hold firm and be a Villa fan.

“He was a great value. I’ve got great respect for him.”

William had previously talked about his first Aston Villa match back in 2000 at Wembley when his favourite team unfortunately lost and to none other than Chelsea.

“All my friends at school were either Man United fans or Chelsea fans and I didn’t want to follow the run of the mill teams,” he said in 2015.

Chelsea, as well as Lampard, have had a slow start to the Premier League, but recently bounced back and are now even in points with Leicester who is in fourth. The next team the Blues will face is Newcastle, who they are playing on home turf this weekend. 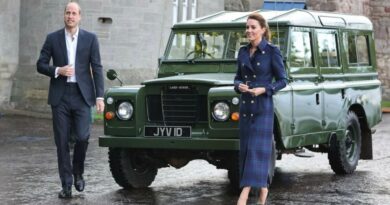