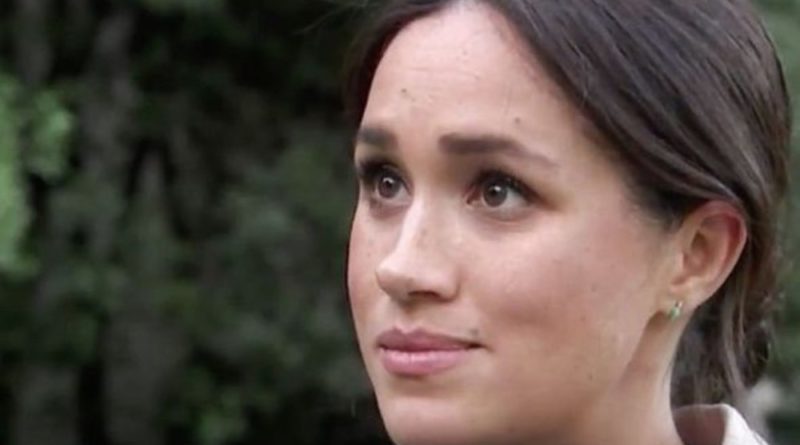 Meghan was moved close to tears as talked about the ‘struggle’ at being in the media spotlight in an emotional interview for a new documentary.

ITV released a new video from their documentary Harry & Meghan: An African Journey, which gives a rare behind-the-scenes glimpse of the royal couple’s South Africa tour.

In it, Meghan opened up about struggling privately to cope through pregnancy and the early stages of motherhood amid the pressures of press interest in her public life as a member of the Royal Family.

Her voice cracks as she reveals she has found it difficult to cope after getting married and giving birth, adding: ‘Not many people have asked if I’m ok.’

“Any woman, especially when they’re pregnant, you’re really vulnerable, and so that was made really challenging. And then when you have a newborn, you know. And especially as a woman, it’s a lot,” she said. “So you add this on top of just trying to be a new mom or trying to be a newlywed. It’s um…yeah. I guess, thank you for asking because not a lot of people have asked if I’m okay, but it’s a very real thing to be going through behind the scenes.”

Bradby asked if it “would be fair” to say that she’s “not really okay, as in it’s really been a struggle?” to which the Meghan responds, “Yes.”

Harry and Meghan are suing the Mail on after it published a private letter she wrote to her father. The couple are also taking legal action against the Sun and now defunct News of the World over phone hacking allegations.

Prince Harry also lashed out against the British press for the “ruthless” treatment his wife has received “over the past year, throughout her pregnancy and while raising our newborn son” in a rare statement.

He opened up about how he and Meghan “continued to put on a brave face – as so many of you can relate to – I cannot begin to describe how painful it has been.”

In the documentary, Harry has talked about the ‘festering wound’ his mother’s death left in his life too.

READ NEXT: Prince Harry Talks About The Pressure Of Life In New Documentary