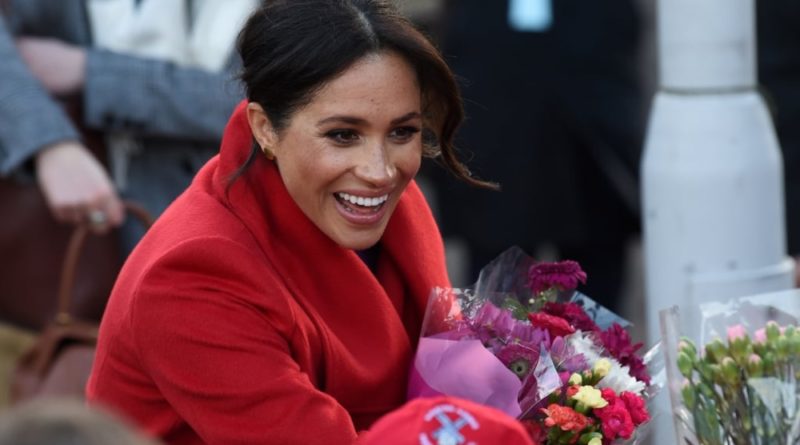 Today, Harry and Meghan are in Birkenhead, Merseyside, to learn about a number of organisations that support and empower groups within the local community.

During the visit, pregnant Meghan revealed the crowd her first child’s due date.

According to PEOPLE: “We asked her how her pregnancy was going and she said she was six months and she tapped her tummy,” well-wisher Carla Gandy SAID.

She revealed to another fan that she is due at the end of April.

Kitty Dudley, from St Anne’s Catholic Primary School, shared: “I asked her if she was having a girl or a boy and she said she didn’t know.”

The Duchess also revealed they didn’t know if the baby was a boy or girl because they wanted a surprise.

Still, she asked the crowd fora name suggestion if the baby is a girl. They recommended the name ‘Amy’, on which Meghan replied: ‘That’s a great name’.

The size of Meghan’s bump led fans to believe she was either having twins or that she is due very early spring.

During the couple’s Royal tour, Meghan hinted that her due date is in April through her jewelry. The Duchess wore three stacked rings, each with its own gemstone. As Meghan’s birthday is in August, while Harry’s is in September, and coincidentally the green and blue gems at the top and bottom of the stack fits the birthstones of green peridot and blue sapphire, which fit as the birthstones of their birth months. The gem in the middle band meanwhile, seems to be diamond, which is the birthstone of the month of April.

Duchess Meghan looked gorgeous as always. She opted for a purple Babaton dress by Aritizia, and a Sentaler coat. She combined her outfit with a Gabriela Heart bag and a pair of high red stilettos despite being heavily pregnant. Harry and Meghan were seen working the crowd, with hugs for schoolchildren from Harry as the receive gifts including a giant teddy and flowers. The Sussexes first visited the Hamilton Square, where they viewed a new sculpture to mark the 100th anniversary of war poet Wilfred Owen’s death.

Later, they will visit Tomorrow’s Women Wirral. It is an organization that helps women in vulnerable circumstances. It is a cause close to Meghan’s heart.

READ NEXT: Harry And Meghan Have Exciting Night Out Planned 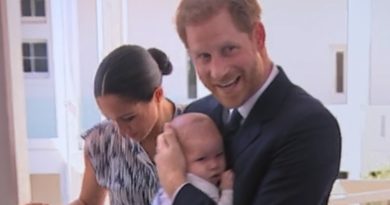 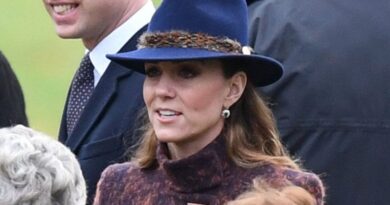 Prince Louis Is Facing A New Adjustment This Month