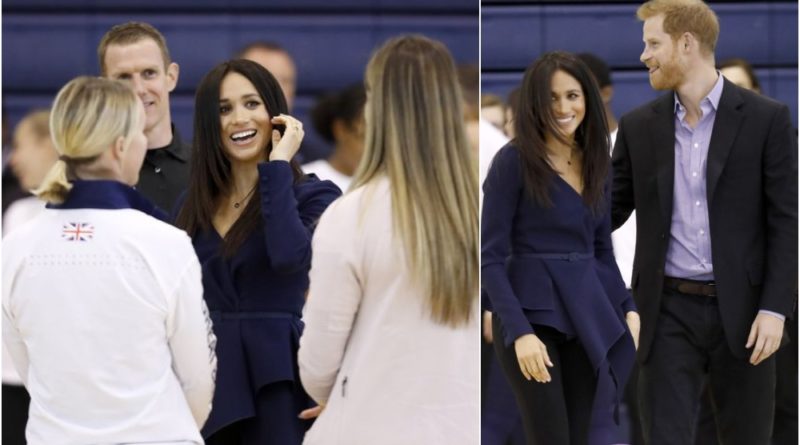 Today, the Duke and Duchess of Sussex are in Leicestershire. They met sporting stars and award winners at Loughborough University.

And after the success of her cookbook, Meghan was once again in the centre of attention.

She joined husband Harry at Loughborough University where they met with more than 200 honorres from Coach Core.

Watch: Meghan, Duchess of Sussex, taking part in a netball passing drill as Harry takes his place at the other side of the gym pic.twitter.com/XahQULF4Kx

Coach Core is a program that trains young people to become coaches and encourages the next generation of athletes. It was was established by the Royal Foundation in 2012, the charity organization led by Harry, Meghan, William and Kate .

At the event Meghan was seen throwing and catching a ball despite wearing heels. They definitely didn’t stop her getting involved! For the occasion, the Duchess opted for a navy Oscar de la Renta top and black Altuzarra trousers with black heels. Her peplum blouse featured a thin belt at the waist and asymmetrical draping.

Meghan’s hair, which she usually wears curly or in a bun, was pin straight.

After the game, the couple attended the Coach Core Awards where they joined graduates, new joiners and other apprentices to celebrate their achievements in categories including Community Outreach Project of the Year, Graduate of the Year, Mentor of the Year, Educator of the Year and Apprentice of the Year.

The Duke and Duchess of Sussex arrived at the university to present prizes to promising youngsters who are believed to have all the chances to make a name for themselves in the world of sport.

Paula Radcliffe has also been spotted among the guests. She was there to host masterclasses for the Coach Core apprentices. Harry and Meghan looked really relaxed and loved up. They were seen having a cute hug during their visit to Loughborough University. After Meghan showed off her netball skills, Harry joined her on the gym floor to hug her, leaving everyone awe.

READ NEXT: Meghan Had The Sweetest Nod To Harry In Her Wedding Dress 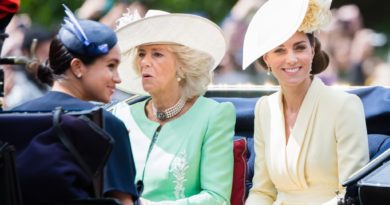 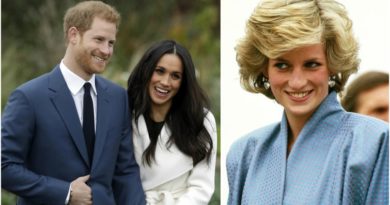