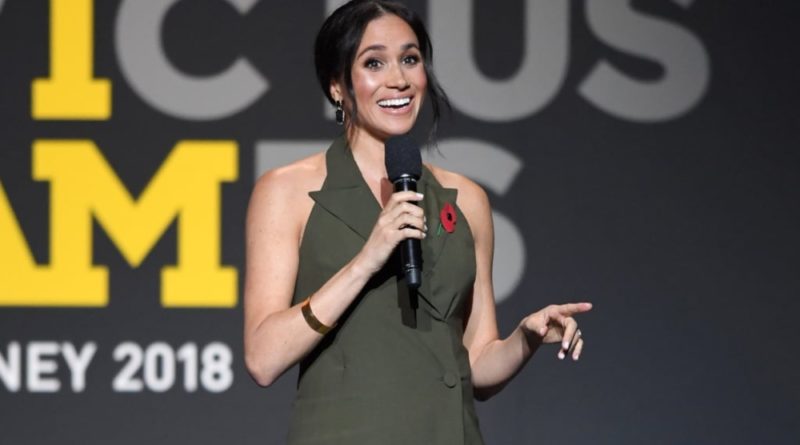 Meghan has unveiled her secret singing talent in a new unearthed video from her teenage years.

Duchess Meghan has surprised her school by breaking into song while up on stage with a friend when she was just 17. She sang Santa Baby for at Immaculate Heart High School Christmas show in Los Angeles.

Teenage Meghan can be seen singing to students at a Christmas show in 1998. At that time she was still living with her mom Doria Ragland in Los Angeles.

The other girl, who sings with her, is a friend of Meghan, Natalie Fryman. Meghan is dressed in black trousers and sleeveless top and wearing a Santa hat.

The video shows first Meghan and the other students holding candles as Silent Night plays in the background. Looking confident, she then takes to the stage to sing the festive tune by Eartha Kitt.

“I’ve been an awful good girl,” she serenaded, before urging Santa to “hurry down the chimney tonight”.

Megan added: “Think of all the fellas I haven’t kissed.”

One audience member said: ‘After being a bit of an awkward teen, by this point Meghan has blossomed into an attractive young woman and this show that she was really relishing it.

‘The performance went down really well. The lyrics are quite amusing to think about now.’

20 years ago Meghan was just another teenager singing her heart out. Flash-forward 20 years, and she’s a literal Duchess married to a literal Prince.

Yesterday, on Christmas, Meghan joined the rest of the Royal family for a Church service in Sandringham. This is her second year joining in. For the occasion, she wore a navy dress, coat and matching, feathered fascinator.

Meghan recognized a social media friend in the crowd, and took time to greet her and give her a big hug.

Jessica Daniels used to talk to Meghan over Instagram while she was still acting in Suits. “I started watching Suits, then I started following her on social media and then followed her acting and followed her humanitarian work, so I’ve been a fan of her for years,” the teen told media.

“There were a group of us girls on social media she became kind of close with and interacted a lot online.

“This is the first time I’ve met her, she just said, ‘It’s so lovely to meet you, incredible to finally see you’, and she was asking how we all are and if we’re still talking and supporting each other,” Jessica added.

READ NEXT: The Queen Made A Joke About Meghan, Kate, Harry And William