Meghan Markle has always been an icon in the fashion world, but sometimes even she needs some advice, and who else to help her with her fashion choices than the Queen, yes that right THE Queen.

In a video for ReitmansTV back in 2016, Meghan referenced the Queen’s iconic style of “tone on tone”- which means wearing a dress, hat and accessories all in one colour. She said that the look was “not just for the Queen” and that it can be fun to play around with textures. Weeks after this video was published online, Meghan met Prince Harry and we all know the story that came after.

The video, called ‘A fashion conversation with Meghan Markle’, consists of the future-Duchess of Sussex giving a number of tips to viewers, including one that the young actress seems to have taken from Queen Elizabeth II.

She said: “Tone on tone is not just for the Queen.

“A really fun way to play around with it is to just play up the textures.

“If you have a different sense to touch and it adds a different dimension to each of the pieces you’re wearing, then suddenly the tones don’t look flat.

“They have a lot of depth and interest and you’re still in one streamlined same-tone silhouette.”

She added: “At the end of the day the whole idea is to be open and playful and experiment with your looks and style, so if you’re just dressing in what makes you feel comfortable and confident and you have with it – I guess the secret is out.”

Another tip Meghan gives to her fans included a white buttoned shirt and cropped trousers.

She said: “Every woman should own a classic white button-down shirt.

“It’s a classic but looks so chic.”

In the video, we get to see Meghan try out all kinds of outfits. She encourages the viewers to try out different styles and to wear what makes them feel “confident and beautiful”. Throughout her career Meghan has always been vocal about fashion, often giving interviews and writing lots of blogs about style and fashion.

And now, as a fully fledged Royal, Meghan has more influence than ever but is restricted to communicate with fans only through the outfits she wears.

READ NEXT: Meghan Shared Her 20s Were ‘Brutal’, But Teens ‘Even Worse’

Why Both Meghan And Kate Wore Muted Colors For Their Outings With The Queen? 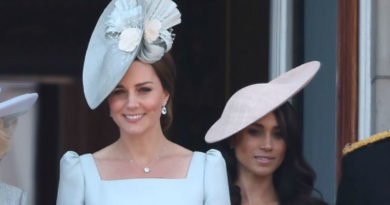 What Fashion Item Will Meghan And Kate Never Wear? 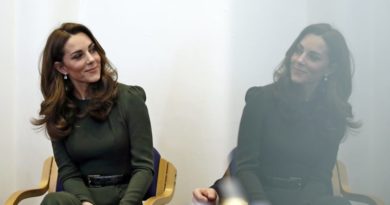