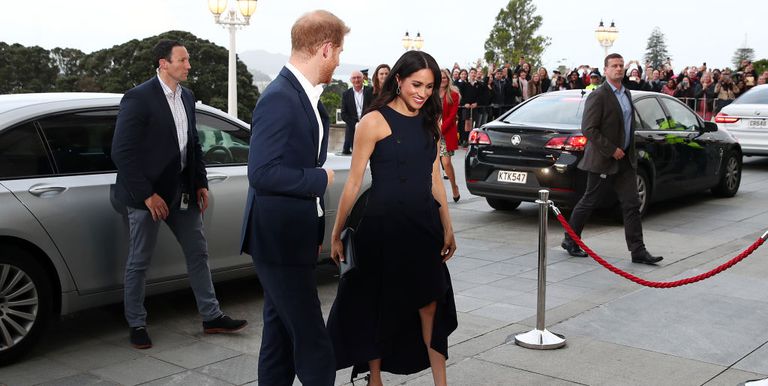 Right before her first royal tour as a married couple, Meghan Markle and Prince Harry announced to the world that they are currently pregnant with their first child. The couple is nearing the end of their tour, which saw them visit Australia, New Zealand, Fiji, and Tonga.

According to reports, the baby is due to arrive sometime in the spring of 2019. The Duke and Duchess of Sussex have been quite open about their “little baby bump” and have often talked about their excitement over becoming parents during their tour. Meghan, being the fashion icon she is, has been stunning the crowds with her outfits whilst on tour, going as far as changing her wardrobe three times in one day. Her wardrobe for the tour is full of popular designs and pieces from Australian brands. However, she has taken one trick from her sister-in-law, Kate Middleton, and has decided to support smaller and local clothing companies during her trip.

And it seems that isn’t the only trick Meghan has taken from the Duchess of Cambridge. One of Kates maternity hacks is, to recycle dresses from before, and that’s exactly what Meghan did. During all three of her pregnancies with Prince George, Princess Charlotte and Prince Louis, the Duchess often recycled some of her older pieces and maternity wear. And now, during a reception hosted by New Zealand’s Prime Minister in Auckland on 30 October 2018, Meghan, too, recycled a stunning navy dress.

The Antonio Berardi gown was first spotted on the Duchess in 2017 when she watched Prince Harry play polo from the stands.

Until now, Meghan has only re-worn some of her favorite coats and heels, which has gone down a treat with loyal fans.

One social media user wrote: “I think it’s cool how Meghan re-wore most of her shoes, clutches, accessories, coats, and pants for this tour. “Several of these were also pre-owned by her before becoming a duchess.”

Another added: “Kate and Meghan love to wear their clothes more than once. It nice to know they are like us. We love to wear our clothes over and over. They both rock.”

READ NEXT: Why Meghan Often Keeps Her Hands In Her Pockets?

Meghan’s Sweet Gesture To A Girl Recovering From Brain Tumour