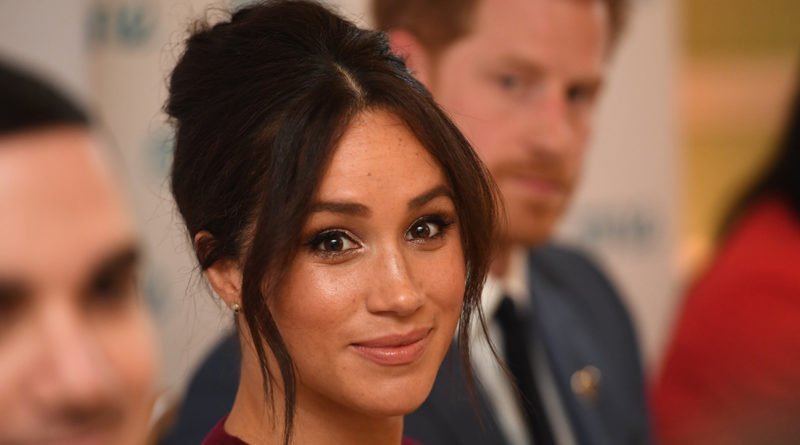 The two new rings are from Canadian jeweller Vargas Goteo, but there is much more to these two rings then meets the eye. Did Sauron lose it again?

Ever since becoming a royal, Meghan’s fashion influence has only grown more and more, with the public noticing every outfit and change the Duchess makes.

While attending an engagement on Friday with the Queen’s Commonwealth Trust and One Young World in Windsor, besides the striking red monochromatic outfit, the fans noticed two never-before-seen gold rings on her hand. The two rings are from Vargas Goteo, a Canadian jeweller, whose jewellery brand raises awareness for endangered animals.

“To see my work out there and on such a remarkable woman really is a dream come true,” Alex Prijic Smith, founder of the Canadian jewellery line, tells PEOPLE. “Meghan always exudes ease and elegance, refinement and freshness in everything she steps out in — I loved what she wore!”

The brand is based in Montreal, being founded back in 2010 by Prijic Smith, and is a contemporary sustainably-sourced jewellery line and has the mission of creating and spreading “statement pieces that start a conversation about conservation”. From elephants to manta rays, not only are the jewellery pieces inspired by the endangered wildlife, but also a percentage of the profits from the sales go directly to the charities tackling this problem in the field.

For one of Meghan’s rings, her Manta Kiss ring costs around $180-$600 depending on the type (the ring has a gold-plated or solid gold version),  and a percentage of that price goes to the Manta Trust.

“Our Manta collection supports the Manta Trust, a U.K based charity whose global work focuses on ray and marine habitat research and conservation,” explains the jeweller. Mantas aren’t the only animal that they support, like rhinos, sharks, coral reefs and tons of other endangered species are also getting love.

Along with her Manta ring, Meghan also wore the High Seas Bow Knot Ring in gold vermeil, which sells for $180. The jeweller said that she has no idea where Meghan bought the pieces but is overjoyed that the royal chose her pieces. “I’m so proud that with gained visibility, comes increased support of the conservation organizations we support.”

This isn’t the first time that Meghan has chosen a piece of jewellery that has a message behind it or that support a charitable cause. In the past, the Duchess of Sussex has worn ethical jewellery from the brand Pippa Small on multiple occasions, including a pair of gold earrings made by the Turquoise Mountain Foundation, an Afghanistan-based charity. She has worn pieces by Kimai as well, who make sustainable lab-grown diamonds, and she owns multiple pieces by i+i  Jewellery, which donate 10% of all their profits to a charity in India that helps free women and children from sex slavery.

“I think it’s apparent when eco-socio awareness runs deep, and Meghan is a shining example of that,” says Prijic Smith, who says sales have been steadily growing since Friday and so far over $300 have been raised for the Manta Trust. “Whether in her actions, her words, or her choice of brands, she stays true to shining a light on the value of compassion and efforts made to create positive change.”

READ NEXT: Meghan Made A Thoughtful Gesture To One Of The MPs Who Sent Her A Letter Of Support