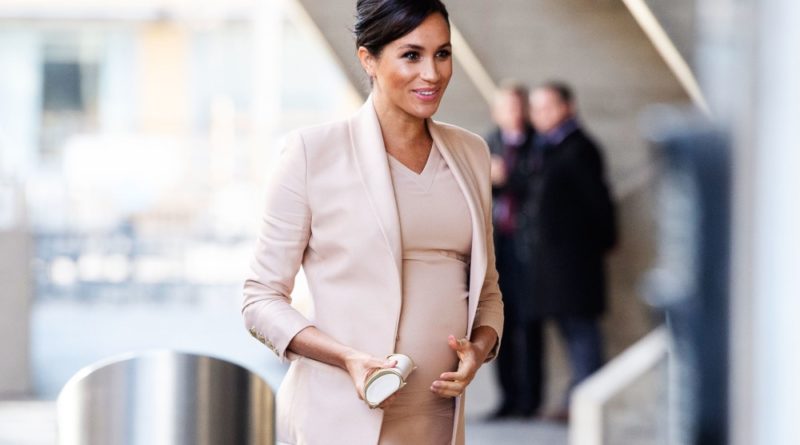 Harry and Meghan are expecting their first child and its’s due date is just around the corner.

With the due date rapidly approaching, birth experts have been speculating about what her birth will be like.

And according to experts, Meghan need look no further than at her bendy thumbs, which could indicate she’ll have an “early and quick labour”.

The photos of Meghan taken while she was visiting the National Theatre show that she has double-jointed fingers. Her “bendy thumbs” could indicate what type of birth she will have. This means that some of her joints are hypermobile. Hypermobility is a genetic condition that allows her to move the digits and other parts of her body beyond the normal range, without it hurting.

Dr Adam Taylor, an expert in anatomy at Lancaster Medical School, revealed to The Sun: “The ligaments of the pelvis, which help hold the pelvis together, are believed to loosen over pregnancy.

“So any more mobility within these from having hypermobility may help make delivery easier too.”

This theory was supported by birth coach Alexandra Kremer. Kremer added that hypermobility may be a sign the royal baby will arrive earlier than intended, because the muscles holding in the baby are more lax.

“If you’re already hypermobile, then pregnancy can take more of a toll on you and your body.

“It’s not uncommon to have issues with pelvic girdle pain and in more extreme cases it could cause premature labour. “Due to how fragile the connective tissue can be, hypermobility has shown that there can be a connection with early labour.

“If Meghan suffers with hypermobility, then it’s likely her care providers will have talked to her about it and looked at all the options.

“This could mean anything from extra joint support like a pelvic belt to planning for an earlier arrival.” Alexandra added: “Relaxin and progesterone are the two hormones that help the ligaments to relax during pregnancy in order to help open the pelvis and allow baby to descend easily.

“Relaxin usually peaks around 14 weeks into pregnancy and many expectant mums can feel some slight discomfort in the womb and pelvic area as the muscles, joints and ligaments begin to relax in order to accommodate the growing baby.

“Due to these hormones, it’s possible that Meghan’s thumbs may also become more mobile.”

READ NEXT: Meghan Was Caught Gasping After She Felt Her Baby Kick