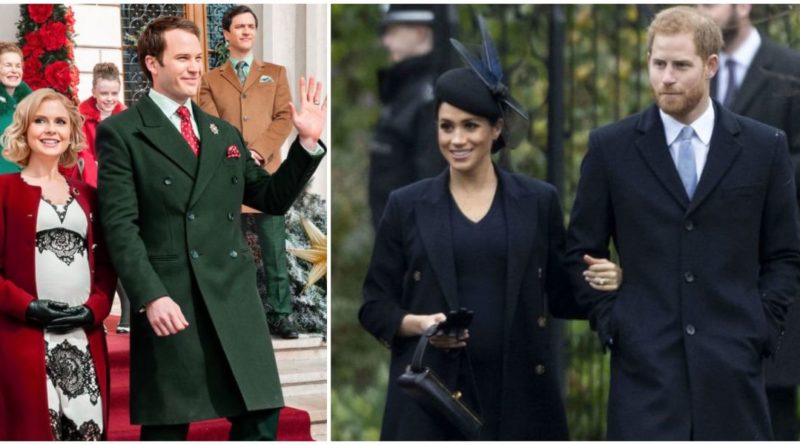 The highly anticipated third instalment in the Christmas Prince franchise aptly titled A Christmas Prince: The Royal Baby, is here. And there are some notable parallels to the real-life royals Prince Harry and Meghan, the Duke and Duchess of Sussex.

Aside from that, an American girl is having a baby with a European royal, there are some subtle similarities that you probably missed.

In the movie, the fictional couple, Amber and Richard discuss the use of hyno-birthing with their doctor. And according to reports, Duchess Meghan also used that technique. It’s the practice of “special breathing, relaxation, visualization, meditative practise, attention to nutrition and positive body toning” to help make birth easier.

Like the Duchess of Sussex, Amber has a large baby shower before she gives birth.

In another clear nod to Meghan and Harry, Amber and her royal spouse receive a Yankees onesie when the team went to play a game in the U.K.

As with Meghan and Harry, the sex of the royal baby was kept a secret. Once the baby was born, King Richard goes out to tell his friends and family about her arrival. Prince Harry kinda did the same thing. Later, Amber and Richard take photos with the press to introduce their baby to the world. And so did Harry and Meghan.

To be clear, this isn’t a movie based on Prince Harry and Meghan. It’s purely fiction, although Rose McIver, the actress who plays Amber, revealed to Glamour that the cast and crew watched Duchess Meghan while working on the franchise’s second movie (A Christmas Prince: The Royal Wedding)

“We definitely talked about her,” she said. “It’s not the same storyline or anything. It was more just a nod to and a recognition that it was very timely at the moment to be making a story about a woman who’s going to be in the royal family who may be challenging some of the norms.” 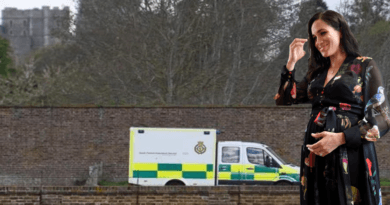