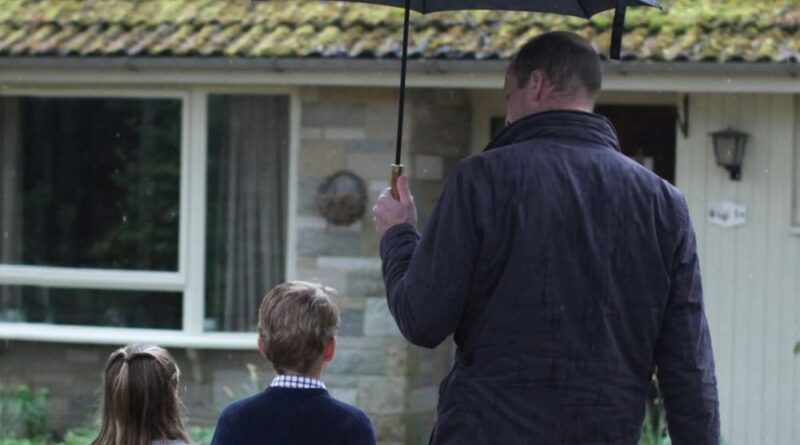 The message reads: “As we approach the end of #VolunteersWeek The Duke and Duchess of Cambridge are pleased to share a new photo taken by The Duchess as they played their own part in the national volunteering effort.

“In April, The Duke and Duchess and their family visited the Sandringham Estate where they packed up and delivered food parcels to isolated pensioners in the local area.

“Today Her Majesty The Queen has sent a message to volunteers around the world — visit @TheRoyalFamily to read the message in full.”

The snap was taken by mom Kate at the same time as the photos released for Princess Charlotte’s fifth birthday. The Cambridges took part in Sandringham Estate’s volunteering initiative.

They helped pack and deliver food for elderly and vulnerable people living near their Norfolk home. Around 1000 meals were made and delivered in the first week of the initiative alone.

In the new photo, Charlotte can be seen wearing the same checked Zara dress. Meanwhile, big brother George is dressed in a jumper and jeans. Dad William is shielding his two children from the rain with a large umbrella.

This photo comes after William revealed he has been one of the volunteers on Shout. Shout is a text-messaging service which he and Kate set up with Harry and Meghan a year ago. He has been secretly working as a volunteer supporting people contacting a crisis helpline for mental health support.

Duchess Kate has also done her part in helping others by making “check in and chat” calls with those self-isolating or vulnerable as part of the Royal Voluntary Service’s NHS Volunteer Responders scheme.

READ NEXT: Prince Charles Says He Is Dying To Hug His Grandchildren

Kate’s Former Teachers Reveal What She Was Like At School