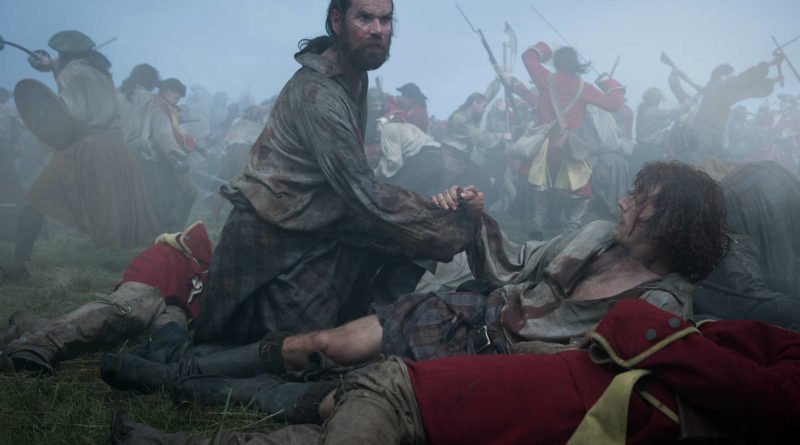 After playing a low-key role in the aftermath of the Battle of Culloden, Murtagh (Duncan Lacroix) will be back in Outlander season 4. Lacroix was seen on the set in full costume, revealing the new look he will have in the upcoming season.

Filming is currently underway at Cumbernauld Glen, UK. A leaked picture from the production set posted on Instagram shows Lacroix filming with Caitriona Balfe (Claire). With time even Murtaghs hair has turned grey, and the character will be seen with some very grey hair and beard in the next season.

Murtagh hasn’t been seen in quite some time. This is due to the show wanting to focus more on the friendship between Jamie (Sam Heughan) and Lord John Grey (David Berry). Besides, the Scottish warrior had to leave prison early and continue his journey to new locations. In the next Outlander season, we will get to see Jamie and Claire living in America, and Murtagh will most likely be there. What is their old friend doing there in the colony? Readers will have to wait and see what the show has in store for them.

A leaked video that shows the filming of a scene has also surfaced on Instagram. The scene shows Claire heading to a pond, presumably to fetch water, when a tall man comes, that turns out to be Murtagh and helps her bring the water home.

Claire appears to be the only one that has filmed scenes with Murtagh in the pictures. Heughan has not been found on the set during the filming of these scenes. The actor is currently there in the production set, and a picture of him interacting with fans has been posted on Instagram.

There is also a new character who will be introduced in the next season. A leaked picture of the young actor playing this new character has also leaked on Instagram.