In a brand new documentary from ITV, Prince Charles talks about the “endless criticism and carping” he has been getting from the media and how he has been overcome it. This comes just a couple of days since his son, Prince Harry and Meghan Markle opened up about their struggles with the tabloids.

Prince Charles: Inside the Duchy of Cornwall is the name of the newest two-part made for a TV documentary about Prince Charles. The show aired in October on ITV, and it gave viewers a deep inside look in the life of the heir to the English throne. From his personal life to all the happenings at the ancient royal estate which he has been running for more than 50 years. The estate includes many farms and encourages people with little farming experience to apply for a tenancy.

“It encompasses everything he is passionate about”, the Duchess of Cornwall said.

In the first part, Prince Charles talked about the endless criticism he has been getting from all those who have always doubted him, and how he managed to overcome it.

He said: “I go on regardless the endless criticism and carping, shouting and screaming.”

The documentary shows all sides of the Prince of Wales, from checking up on the family farms, to visiting the Isles of Scilly or just hanging around on his model village of Poundbury in Dorset.

The Prince has said that for Poundbury, he planned for it to be more than ‘another housing estate’, instead of being a community, and yet this move was met with huge criticism.

He said: “Everybody was against it but in the end, I was determined to stick to my guns.

“I wanted to make sure… that this time we did it in a more sustainable way.”

He noted that he wishes to still be alive to see the completion of the Poundbury village project so he can look back and reflect on his efforts.

The episode in which Prince Charles talks about his struggles with the media was released just days after Prince Harry, his youngest son, and Meghan Markle also opened up and talked about all the criticism and media scrutiny they are subjected to in one of the most candid interviews a member of the Royal family has given.

The interview was featured in a documentary of their own, which was filmed while the couple were on a royal tour to South Africa. In it, they said that they felt like their only “existed”, but were not really living.

Harry & Meghan: An Africa Journey isn’t like your usual Sussex documentary, with rainbows and sunshine, taking a more heartfelt look into the inside of the life of the two young royals. Tom Bradby headed the documentary and got what might be the most honest portrayal of the royals, with Prince Harry and Meghan both not being afraid to show their faults and their tired emotional state.

Meghan was at the forefront of this, talking about how it was important for her to ‘thrive’ and ‘be happy’, warning that simply enduring unwanted scrutiny is ‘not the point of life’.

Prince Harry, meanwhile, finally talked about how he and Prince William are currently standing, addressing the rumoured between them, saying that the two of them are on ‘different paths’ and have ‘good days’ and ‘bad days’ in their relationship.

Appearing on breakfast TV show This Morning Daily Telegraph royal correspondent Camilla Tominey said: “There’s a couple here, who are saying that the intense media scrutiny of their lives is making them question whether they want to continue be royals.”

One Palace figure recently claimed that senior royals, including Prince Charles, have “gone out of their way” to try to help Meghan feel more comfortable in the family.

The insider told the Standard: “I know that the Prince of Wales has several times reached out to Meghan.

“They get on and share a love of music too. I know he invited her to a preview of an exhibition at the palace.

“The Queen has been a source of strength too and invited them both to Balmoral where family problems are usually aired.”

READ NEXT: Charles Reduced To Tears As Son William Talks About Inheriting His Role 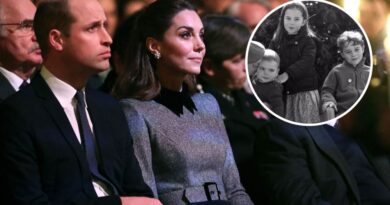 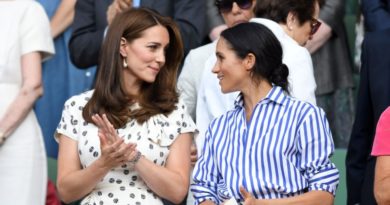