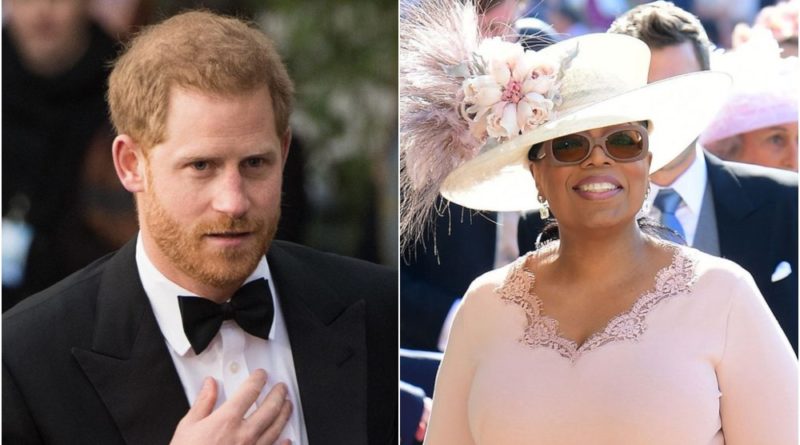 Prince Harry has opened up about his own private mental health battle as he prepares to launch a new TV show with Oprah Winfrey.

In an interview with The Daily Telegraph’s Bryony Gordon, Harry revealed the series will unveil examples of “human spirit fighting back from the darkest places” and hopes that “it could save lives.”

Prince Harry and Oprah will be co-creators and executive producers of the project for Apple’s streaming service which will launch next year. According to the paper, Harry and Oprah have met many times to discuss the show.

Prince Harry had an interview with Gordon back in 2017, when he opened up about his mental health state and the trauma after his mother’s death.

Speaking to the paper now, Harry said: “When I did your podcast two years ago the response made me realise what an impact sharing my story could have, and what an impact other stories can have for so many who are suffering silently.

“If the viewers can relate to the pain and perhaps the experience, then it could save lives, as we will focus on prevention and positive outcomes.

“What I have learnt and I continue to learn in the space of mental health, mental illness and self-awareness is that all roads lead back to our mental wellbeing, how we look after ourselves and each other.”

Harry’s latest project with Oprah just builds on his work around mental health issues and initiatives.

In 2017, Harry, William and Kate launched Heads Together, a campaign to encourage people to talk about their well-being, to reduce the stigma around mental health.

Next week, on September 23th, Harry and Meghan will embark on their first royal tour with their baby boy Archie. Their engagements during the tour will largely focus on mental health, conservation, girls’ education, female empowerment and young people.

READ NEXT: Never-Seen-Before Photos Of The Duchess Of Sussex Released