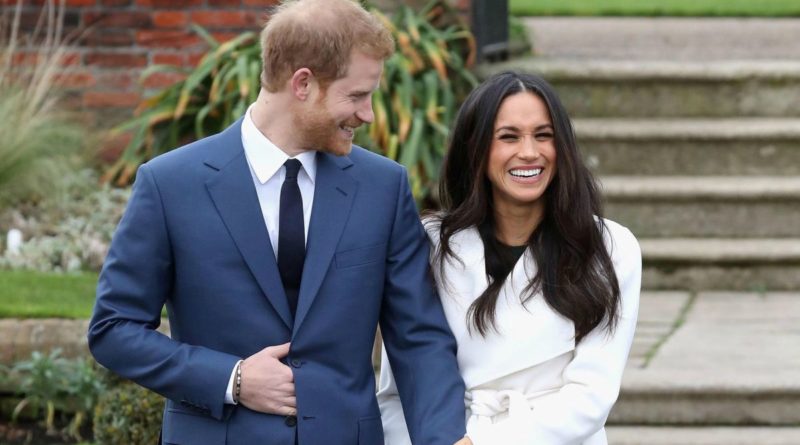 Prince Harry and fiancée Meghan Markle have finally set their May Wedding date. Kensington Palace announced that Harry and Meghan will tie the knot on Saturday 19 May.

Kensington Palace confirmed the news in a statement, which read: “His Royal Highness Prince Henry of Wales and Ms. Meghan Markle will marry on 19th May, 2018. Today’s announcement follows earlier confirmation of the month of the wedding and its location at St. George’s Chapel, Windsor Castle.”

His Royal Highness Prince Henry of Wales and Ms. Meghan Markle will marry on 19th May 2018.

Today’s announcement follows earlier confirmation of the month of the wedding and its location at St George’s Chapel, Windsor Castle. pic.twitter.com/7pgdRM90Na

St George’s Chapel has been the site were many royal weddings happened. Among them was the most recent Peter Phillips’, Harry’s cousin, marriage to Autumn Kelly in 2008.

The wedding ceremony will share the same day as the FA Cup final, which Prince William, who is the president of FA, normally attends.

However, Harry and Meghan’s wedding date won’t overshadow the birth of Kate and Williams third baby in April.

Before their wedding, Meghan, who is a Protestant, will be baptised into the Church of England.

The Archbishop of Canterbury will marry the couple. When asked about the wedding, he said: “I am very, very sure after conversations that this is no tick-box exercise, ‘We ought to get married in a church’. There is a profound sense of commitment, of seriousness, both about faith and their lives together, which is quite inspirational.”

He continued: “It’s important because people look at it and see a model of how two people commit their lives to one another before God in the presence of millions of people. It’s always a beautiful moment – every wedding is profoundly beautiful. Even when you drop the rings it’s still a very moving wedding.” Although Dr Welby revealed that there had been “conversations” about the marriage, he refused to reveal whether he would conduct the ceremony himself, adding: “I think that’s up to them.”

Prince Harry and Ms. Meghan Markle then visited the Nottingham Contemporary Exhibition Centre for an event to mark #WorldAidsDay hosted by @THTorguk. @THTorguk is the largest voluntary sector provider of HIV and sexual health services in the UK. A few weeks ago, Prince Harry visited the @THTorguk pop-up in East London to find out about their free, self-testing kits that people can use at home. Today HRH and Ms Markle learns how @THTorguk are working in Nottingham to provide support to people living with HIV and AIDS.

Besides the approval of the Queen, Harry also asked Meghan’s parents, who divorced when their daughter was six, for her hand in marriage before popping the question.

The two lovebirds will nest up in the prince’s current apartment, Nottingham Cottage, a two-bedroom property on the 17th-century estate.

SEE ALSO: What Is The Reason Prince Harry and Meghan’s Wedding Is So Soon?

Why Duchess of Cambridge Is Preparing For Two Celebrations Tomorrow