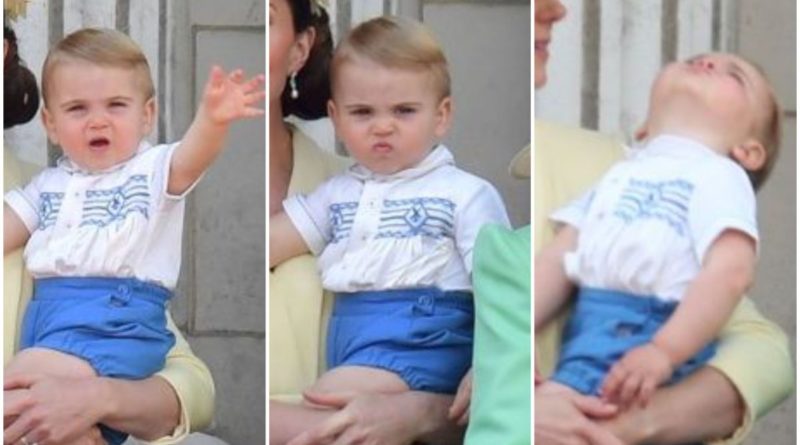 Prince Louis has just made his public debut, and it was heart melting. This marked the first time the third child of Prince William and Kate Middleton attended Trooping the Color, being there at the ceremony along with the rest of the royal family at the Buckingham Palace balcony. The one-year-old showed that he is already ready for his royal duties, by the way doing them in the cutest way possible.

As the Duchess of Cambridge carried him on the balcony, he enthusiastically waved at the gathered crowds. When the planes from the Royal Air Force flew overhead, he pointed and waved again. He was waving the entire event, a true royal. And he has a reason to, as he had trained the royal gesture for months. Kate revealed that detail in December when she said that her youngest has already “started to wave”.

The Duke and Duchess were overjoyed to see their youngest nail his first public event and immediately become a fan favourite. The fans are all over the young royal on social media. They just can’t get enough of him.

Prince Louis certainly has the Royal wave down. ? pic.twitter.com/o8frarGJOu

It seems that the expertise on the royal wave runs in the family, as his sister, the four-year-old Princess Charlotte is also a pro at it. She was the star at last year’s Trooping the Color, much like her brother this year, even copying the Queen’s lead and gestured to the crowd.

The young royal, who turned one just last month in April, just couldn’t stay put and was filled with energy. From reaching for his father to pointing and waving at the passing by planes, the young prince melted the hearts of fans with everything he did.

We cant wait to see when we will get to see Prince Louis again.

READ NEXT: Archie Attended Trooping The Colour But Here’s Why We Didn’t See Him