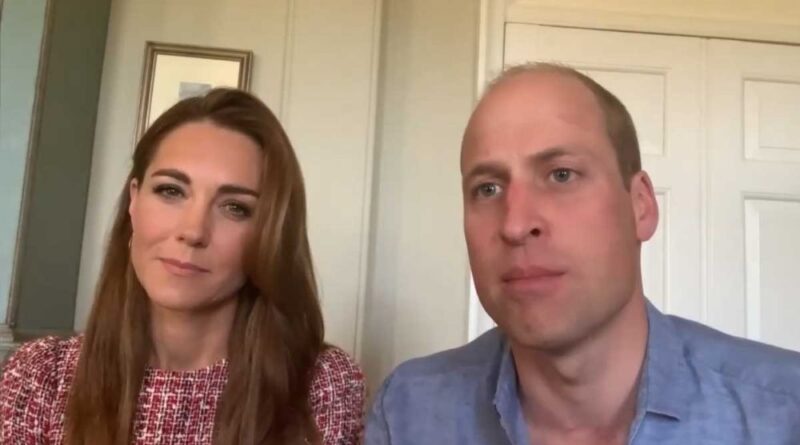 To mark Canada day on Wednesday 1 July, Prince William and Kate talked via video chat to hospital staff in the Commonwealth nation and thanked them their work during the coronavirus outbreak.

Dressed in a red tweeted dress by Alexander McQueen, the Duchess of Cambridge paid a subtle tribute to the country.

Prince William and Kate talked with staff at Fraser Health’s Surrey Memorial Hospital. Speaking from Anmer Hall, Norfolk, the royals shared their hopes to visit them in person in Canada one day.

William said: “I just wanted to just touch base and say how proud we are of all of you and everyone on the front line who have led the way, very stoically, very bravely and put patient care right at the top of the list, and done a fantastic job.

So well done to all of you and I hope Catherine and I can come and visit you guys one day and say that to you in person.”

Kate added: “It’s an amazing role that you’re playing and a hugely tough one as well. So we’re in huge admiration for everything you’re doing.”

The couple also chatted with Sunny Dulai, one of the staff members who is six months pregnant.

The Duke asked her: “How have you found it, Sunny?”

Sunny said: “Initially I was like ‘No I can do this,’ emotionally, it wasn’t really impacting me. Then as I got later in my pregnancy and the more the pandemic started to move along, it really did impact my mental health.

“I felt like I was angrier because I didn’t have the support networks at home that I typically have.”

“But I never once felt that I needed to stop working where I work, because of the support I got from my team.”

Canada definitely brings special and happy memories for the Cambridge family. Prince William and Kate had their first overseas Royal Tour there as newlyweds in June 2011. The couple returned again in 2016 with George and Charlotte. That marked their first public trip as a family of four.

READ NEXT: How The COVID-19 Stopped Prince Louis From Reaching This Big Milestone