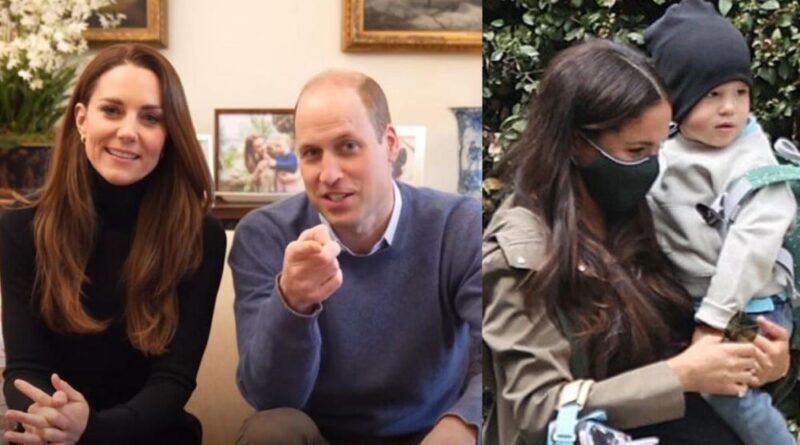 Prince Harry and Meghan Markle’s firstborn Archie just celebrated his second birthday, so his aunt and uncle the Duke and Duchess of Cambridge marked the occasion with an adorable post on social media.

The couple shared a throwback photo, which they shared on their official accounts on Twitter and Instagram, that was taken on the day of  Archie’s christening and shows him surrounded by family.

The post was accompanied with a caption, with the couple writing: “Wishing Archie a very happy 2nd birthday today,” along with a balloon and birthday cake emoji.

It is very likely that the Cambridge family have also wished Archie a happy birthday in private, be it by sending him a gift in the post or organizing a video call, or perhaps both.

At the moment Prince Harry, Meghan and Archie live in Santa Barbara, California, so he wasn’t able to see his aunt or uncle, nor his three cousins Prince George, Princess Charlotte, who just had her birthday last week, and Prince Louis. The Duke and Duchess officially stepped down from royal duties in March of last year and moved from the UK to Canada before finally moving to the US.

There is something very important that Archie should be looking forward to, as he will become a big brother for the first time this year. Currently, Meghan Markle is pregnant with her second child, with her and Harry revealing the baby’s gender in an interview with Oprah Winfrey in March, confirming that it is a girl. The due date is still unknown, but judging by the sizeable bump Meghan has at the moment, she might be expected to give birth sometime in June or July.

Archie, whose full name is Archie Harrison Mountbatten-Windsor, was born on 6 May 2019 at The Portland Hospital in London. So far the public hasnt saw much of the royal, with Harry and Meghan being extremely protective over their son, with fans only randomly getting some stories about him in the past from his two parents.

For example, in an interview with James Corden earlier this year, Prince Harry revealed that Archie’s first word was ‘crocodile’. The proud dad added: “My son is now over a year and a half, he is hysterical, he’s got the most amazing personality, he’s already putting two, three words together, he’s already singing songs.”

During the joint Oprah interview, the Duchess revealed that her son was “on a roll”.  “In the past couple of weeks it has been ‘hydrate’, which is just hysterical,” Meghan said when asked what his favourite word is. Harry also added that Archie does this adorable thing whenever anyone leaves the house. Apparently, if he sees anyone leave the house, young Archie will say: “Drive safe.” “And he’s not even two yet!” Meghan exclaimed.

READ NEXT: Prince William Reveals Charlotte Answer When Anyone Asks Her Age 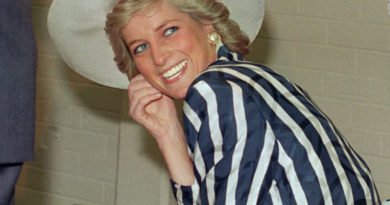 Diana Princess Of Wales: How She Changed The Royal Family For The Better

George And Charlotte Enjoy A Fun Day Out With Grandparents