After attending a Christmas pantomime performance with their children last Friday, Prince William and Kate spreading some magic by saying thanks to essential workers with a special video.

The couple left fans in tears as they released a heartwarming video of them performing a poem over footage celebrating the selfless contribution frontline workers have made during the coronavirus pandemic. The Cambridges can be heard re-reading a reworked version of the famous poem by Clement Clarke Moore, “The Night Before Christmas”.

Posting the two-and-a-half-minute film online on Tuesday, the royals wrote: “This Christmas as want to say THANK YOU to our key workers and their families for all they have done and for the sacrifices they have made to keep us safe. As a small part in that effort, we have worked with @HamleysOfficial @TNLUK to share a bit of Christmas magic…”

So, as we said, the Cambridges joined other families to watch a special performance of The National Lottery’s Pantoland at The Palladium. And it turns out that Prince William and Kate, Hamley’s toy store and the National Lottery, pulled off a beautiful Christmas surprise at the event: Before entering to watch the show, all the children were all asked what they would like before Christmas – before elves rushed to Hamley’s during the show to stock up on their chosen toys.

“Twas two weeks before Christmas and all through the land, key workers kept working to help give us a hand,” William started the poem.

Kate added: “The nurses, the doctors, at the heart of the fight, joined teachers, shop workers, volunteers in their plight.

“And the country was grateful for all they had done, and wanted to thank them and bring them some fun,” William continued.

“So together with others we set on a mission, to do something special in the best Christmas tradition,” Kate said.

The couple ended the poem: “The guests never dreamt that during the show, the elves had worked swiftly, all covered in snow.

“With smiles on their faces and tears in their eyes, the children couldn’t believe they had such a surprise.

“As families departed, as if from a book, there is magic to be found, wherever you look.

“The moral of the story, true now more than ever, is remarkable things happen when we all work together.”

READ NEXT: Fans Are Saying The Same Thing About Prince Louis After Latest Outing 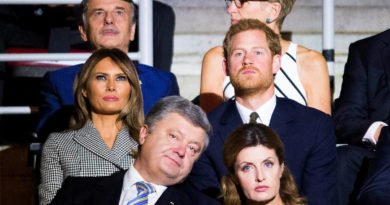 Why Prince Harry And Meghan Markle Didn’t Sit Together At Invictus Games?

The Newest Hobby Prince Louis Has Been Obsessed With Revealed