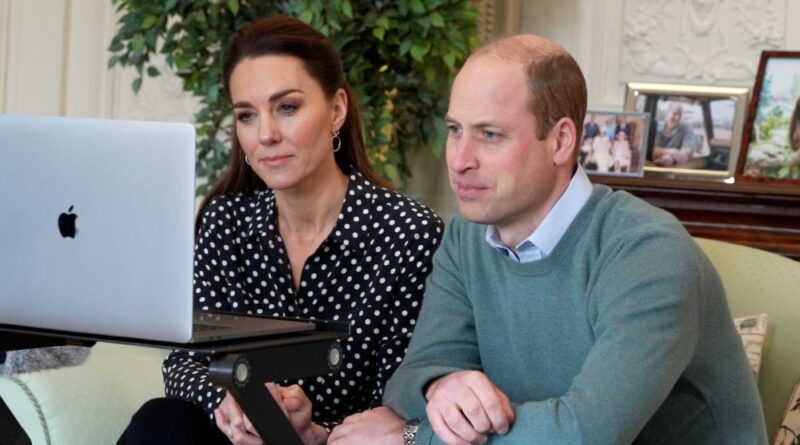 On Tuesday Prince William and Duchess of Cambridge got to talk to young people and families whose children have been helped by one of the projects that the royals support. Both royals have said that awareness for young people around mental health should be “normalized and made part of school life”.

The family that spoke to Prince William and Kate talked about the circumstances that led their 12-year-old to reach out to Shout, the free text service that gives mental health advice.

Already suffering from high levels of anxiety and poor mental health, with the global pandemic only making things worse, the poor boy was on the edge of taking his own life. Luckily, he reached out and got support from a Shout Volunteer via the anonymous text line, calling the police for help instead of ending his life, before starting to open up about the extent of his hardships.

When the Duchess asked the boy if there should be more awareness for young people around mental health, he said: It’s a subject that’s ignored quite a lot in some schools – so, awareness in that sense, and making it so people can relate to you as well.”

Kate replied: “That it’s something that is made to feel familiar and just part of everyday life, it’s proved really hard and I really agree with you that within schools if it is normalised and made part of life and school life so that when people are going through a hard time, they know how to talk about it.”

During the conversation, the parents told William and Kate that they were sure that they support their son got from the Shout text line had saved his life and spoke about their hopes for the future as he continues to receive help through local Child and Adolescent Mental Health Services.

The father of the boy said: “We have no doubt that what happened between Shout when he was stood on that bridge was enough to save his life and now it sounds so abstract and bizarre, slightly, but when we reflect on it, we know the conversation that Shout have had with our son was pivotal in him not doing anything that he would regret later. That is amazing.”

William said: “This service is doing exactly what we hoped it would, which is be there for families in crisis. It’s nice to be able to speak to you directly and hear about what has gone on here, how it has helped you, and really what it has done.”

Shout 85258 is the first of its kind in the UK, providing a free and confidential platform for conversations around mental health 24/7 through anonymous text, making sure that no one faces these problems alone.

This service was researched and developed by the Duke and Duchess of Cambridge’s Royal Foundation as a legacy of the Heads Together campaign, getting a 2 million pound head start from the Royal Foundation.

Meghan In All Black Ahead Of Her Baby Shower In NYC