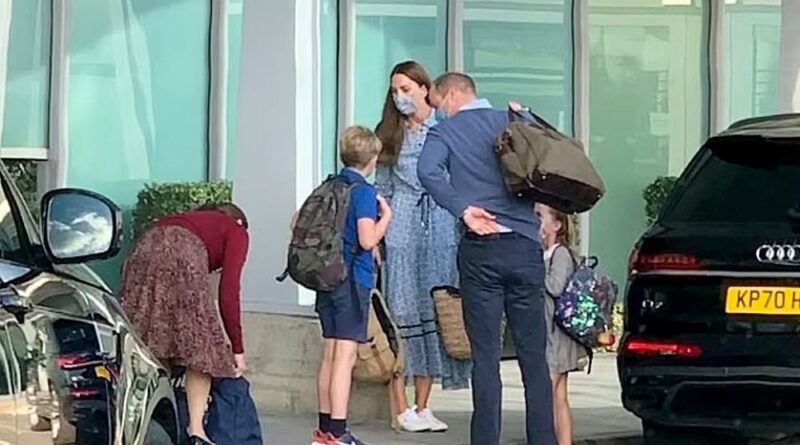 Prince William and Kate have been spotted outside the Windsor Suite at Heathrow airport along with Prince George, Princess Charlotte and Prince Louis.

In the photos taken on Thursday, the royals can be seen unloading their car outside the airport. Prince William drove the family to the Heathrow airport in a blacked-out Audi closely escorted by security and their nanny Maria Teresa Turrion Borrallo. There is no information on where they were travelling.

Kate looked beautiful as always in a Diamond Geo Maxi Shirt Dress from British brand Me + Em. Prince William and their sons Prince George and Prince Louis matched her in a blue outfit. Meanwhile, Princess Charlotte is dressed in a sweet, grey dress combined with sandals.

Having in mind their outfit choices, it seems that the Cambridges jetted off somewhere hot for the short break.

Prince George, Princess Charlotte and Prince Louis’ schools are on half-term break from Thursday, October 21, until Friday, October 29. Prince William and Kate are already known to take time away from their public duties when their kids are on a vacation from school. They often escape to their country home, Anmer Hall in Norfolk, but this time it seems they are going somewhere hotter.

The Cambridges were spotted outside the airport with their bags just a day after the Queen’s health scare which saw her spend a night in a London hospital.

Her Majesty was admitted to King Edward VII’s on Wednesday afternoon and stayed there overnight for tests.

In a statement, a Buckingham Palace spokesperson said: “Following medical advice to rest for a few days, The Queen attended hospital on Wednesday afternoon for some preliminary investigations, returning to Windsor Castle at lunchtime today, and remains in good spirits.”

READ NEXT:The Duke and Duchess of Cambridge Would Want Their Children To Have Therapy If Needed 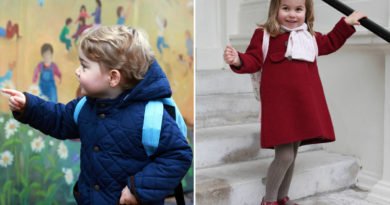