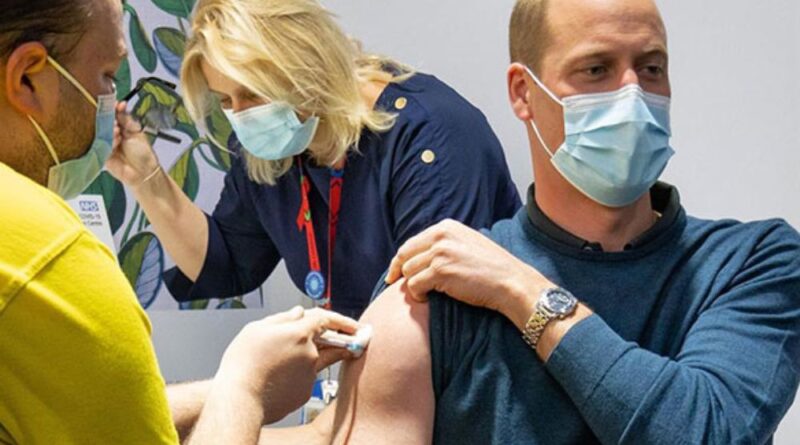 Kensington Palace announced that Prince William had just received the first dose of the COVID-19 vaccine.

On Thursday a photo of the Duke of Cambridge was released that showed the royal being given the coronavirus injection at the London Science Museum. It is still unknown whether his wife, Kate Middleton, has also received her first vaccination.

The photo was posted on the Cambridges’ official Instagram account this morning, showing William with a rolled-up sleeve and wearing a mask as she received the first injection. The caption following the photo wrote: “On Tuesday I received my first dose of the COVID-19 vaccine. To all those working on the vaccine rollout – thank you for everything you’ve done and continue to do.”

We know that last year Prince William tested positive for the virus, around the same time as his father Prince Charles in April.

Kensington Palace never officially commented on that as it seems that William wanted to keep his diagnosis private as he thought there is no need to worry, with the media only going off from other reports of what happened. They report that the Prince had been treated by palace doctors and followed all the government guideline by isolating at the Cambridge family home in Norfolk, Anmer Hall. Thankfully the young royal went through it with relative ease.

On the other hand, Prince Charles experienced mild symptoms while self-isolating at his Birkhall home on the royal Balmoral estate. His wife Camilla, the Duchess of Cornwall, tested negative for the virus.

The first-in-line to the throne later said that he “got away with it quite lightly”, with the Prince admitting that he had not fully regained his sense of taste and smell during his first public engagement after the diagnosis.

During a conversation with Sky News, Charles said: “I was lucky in my case… but I’ve had it, and I can so understand what other people have gone through.”

The Prince of Wales also expressed sympathy for those who had lost family or friends to the deadly virus. “I feel particularly for those who have lost their loved ones and have been unable to be with them at the time. That, to me, is the most ghastly thing,” the Prince said.

“But in order to prevent this happening to so many more people, I’m so determined to find a way out of this.”

William And Kate Left Fans Divided With Their Latest Letter

William And Kate Share Photo With Backstory Involving Their Children