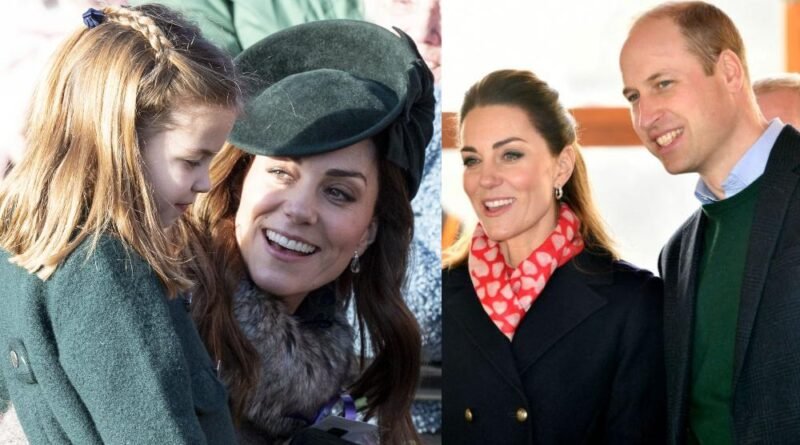 In only one sentence, Prince William proved he is such a loving husband and father. On Tuesday, he and Kate travelled to South Wales for a day of engagements.

During a walkabout, one lady called Prince William and told him that his daughter Princess Charlotte was her favorite. The proud dad replied: “Yes, she is lovely — just like my wife.”

During their outing, the royal dad talked about George, Charlotte and Louis several times. While at Joe’s Ice Cream in Mumbles, he noticed a child reading Julia Donaldson’s Room On The Broom.

He revealed: “I read this to our children all the time.” William also joked that it had saved many bedtimes. The Prince also revealed that when he met the author, he asked her: “I said ‘do you realise how many parents you have saved at bedtime?”.

Yesterday, Prince William and Kate spent a perfect seaside day in South Wales. The Duchess looked beautiful as always in a red Zara dress, navy maxi coat from Hobbs. She combined them with red-and white scarf and black boots.

As a part of their visit, the pair visited Bulldogs boxing club, which helps children who have overcome adverse experiences and mental health issues. One girl was particularly impressed by Duchess Kate and wanted to give the royal couple a tour around the facility.

According to PEOPLE: “She decided she wanted to be Their Royal Highnesses’ guide. She took the duchess to see where she does coloring and pointed out the outside space we have,” Samantha Fox, project manager at Bulldogs Boxing and Community Activities revealed.

On the way out, Prince William and Kate received three pairs of boxing gloves for their children. “Thank you so much. Love these, brilliant,” Prince William thanked.