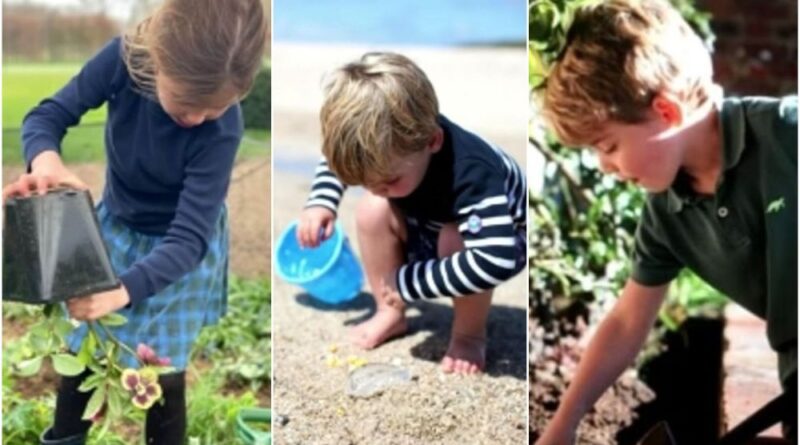 On Monday night, Prince William revealed brand new photos of his children in an ITV documentary Prince William: A Planet For Us All. The new nature documentary follows the Duke of Cambridge for two years on his “personal mission to find ways to protect the natural world for future generations”.

Prince George, Princess Charlotte and Prince Louis also appear in it, doing their bit to help the Earth.

One of the photos shows Prince Louis playing on the beach with a bright blue bucket. In another photo, Princess Charlotte, dressed in a checked skirt and Wellington boots, can be seen taking a flower out of a pot ready to be planted in the ground.

The third photo shows Prince George helping in the garden, while digging a hole in some soil with a spade.

In the documentary, William touched upon his family’s longstanding commitment to protecting the environment. He also spoke about how his determination to protect the environment has become even stronger since becoming a dad.

He says: “Seeing my children, and seeing the passion and the love for being outdoors.

“They love watching how the bees are forming the honey.

“George particularly, if he’s not outdoors he’s like a caged animal. He needs to get outside.

Elsewhere in the programme, Prince William stops at the Eco Emeralds environment school group. After discussing the importance of the insects on the environment with the children, they asked him if Prince George and Princess Charlotte were cheeky and whether he was able to do the floss dance.

“They’re about as cheeky as each other, they are very cheeky. Charlotte can floss, she can already floss at four”.

“You don’t want to see me floss, Catherine can floss, but I can’t – it’s like a really horrible film to watch.” 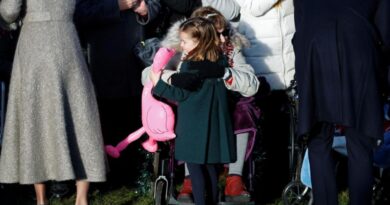 The Touching Story Behind The Pink Flamingo Charlotte Was Carrying