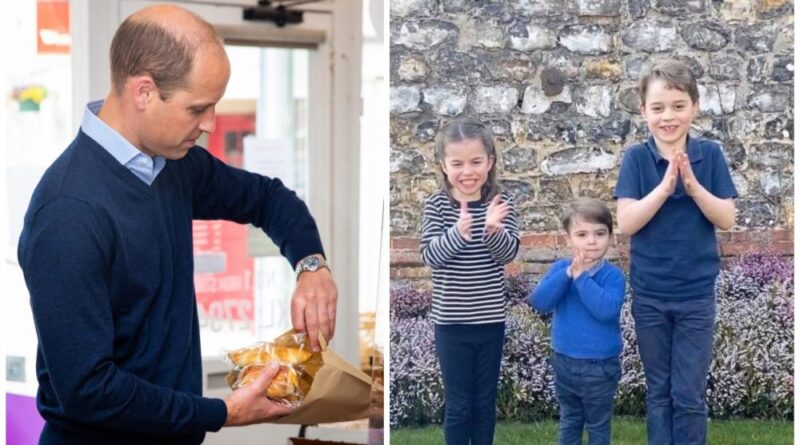 The Duke of Cambridge talked about his family’s cookery sessions while on a visit to Smiths the Bakers in King’s Lynn, located not far from his Anmer Hall in Norfolk. The family-run bakery, which serves the Sandringham Estate, finally reopened on June 15th after 11 weeks of being closed down due to the world crisis.

There he was met with the staff from the bakery, hearing how they have been on involuntary vacation for the past couple of months and how the business owners had to adapt their businesses by setting up delivery services and selling flour and sugar to meet the increased demand for baking ingredients.

“I was saying the other day about how I’m worried about the waistline of the nation,” joked William. “I think we’ve all eaten so many cakes and chocolate.

“All the NHS team, they’re so grateful, all the local communities have been giving them loads and loads of sweets and chocolate which is great for them. “They must be enormous now and brushing their teeth five times a day, with the amount of sugar.”

He told staff: “I can’t come in here and not buy anything, so have you got any pain au chocolat at all? Have you got any more by any chance? My children will not talk to me if I turn up without enough.” The Prince, being a fan of pastries himself, asked for five pain au chocolat, however, there were only four left, so instead he went with an additional plain croissant.

While taking out his card to pay for the five treats, which came at around 4.15 pounds, he jokingly said: “I hope this works. Good, it’s still working – first time out in a while!”

During these times shops have been forced to make contactless payments and have preferred paying by card.

The bakery, which has been working since 1971, has a Royal Warrant, which means that they supply goods and services to the households of the Queen, Prince Phillip and Prince Charles. Paul Brandon, the one who runs the business with his wife Teresa, told the Duke how customers were starting to return.

“The important thing is that shops like yours can get the footfall back in again and the high street and town feel like it’s getting a little bit more back to normal,” said William. “Because I think everyone’s just been, you know, it’s like they’ve just been in a daze. They don’t quite know what to make of it all.”

William also shared his frustration that bakery products now have to be wrapped in plastic. “It’s a shame because we were doing quite well on the anti-plastic and then this comes along and we have to protect the food. It’s heartbreaking,” he said.

Before heading off, the Duke spoke with trainee Ted Bartram and laid-off tearoom deputy manager Sarah Easthall about how they were coping with the situation. As a parting gift, the Prince was presented with a vanilla sponge cake with white icing, cream and jam, an early birthday present for his 38th birthday on June 21.

The cake had “Happy Birthday Prince William form all at Smiths the Bakers” written on it in blue icing on top, and was decorated with iced football boots, footballs and Union flags. Doesn’t get more British than that. He was also given a loaf of Norfolk crunch bread and a jar of Sandringham loose tea.

READ NEXT: Duchess Kate Stepped Out For Her First In-Person Engagement 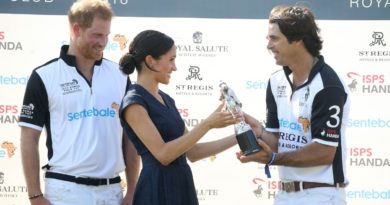 Nacho Figueras Revealed The Sacrifice Meghan Made For His Friend Harry 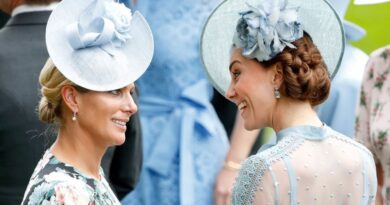