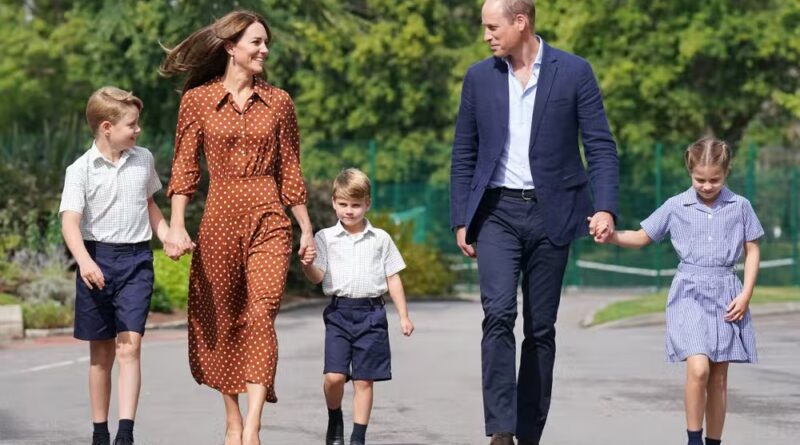 Prince William has made his first official visit to the county of Cornwall since being given the title of Duke of Cornwall, and the accompanying role, following the passing of the Queen back in September.

The future King visited Newquay Orchard, which offers environmental education, employability training and community events, and met with staff, volunteers and young people that are part of the project, which was founded by Luke Berkeley in the north Cornish town on land owned by the Duchy of Cornwall eight years ago.

During the visit, Prince William met and chatted with nutritionist Monique Hyland, who asked the royal about his nutrition and even made him reveal a shocking confession about his three children, Prince George, Princess Charlotte and Prince Louis.

The royal was talking about what he had eaten the day before, explaining that he had started the day off with a healthy breakfast that consisted of two eggs, wholemeal toast with butter, apple juice and a cup of tea with milk and sugar.

But as he continued explaining, his hopes for a healthy diet quickly crumbled, as he revealed that he had “a rubbish sandwich” and too many cups of tea, due to his children keeping him up at night.

According to Cornwall Live, Prince William told Monique and her students that the reason why he drank a few cups of tea was for the caffeine, as the kids had kept him up at night.

The visit to Cornwall also included a visit to the Duchy offices, where he met with staff and got a better grasp for the stewardship of the estate he now holds.

Following the death of Queen Elizabeth II in September and the accession of William’s father, Charles, to King, Prince William officially became the heir apparent and was given the title of Prince of Wales, as well as becoming the Duke of Cornwall.

He now holds that title alongside being the Duke of Cambridge, with his wife, Kate Middleton, being known as Princess of Wales and the Duchess of Cornwall and Cambridge.