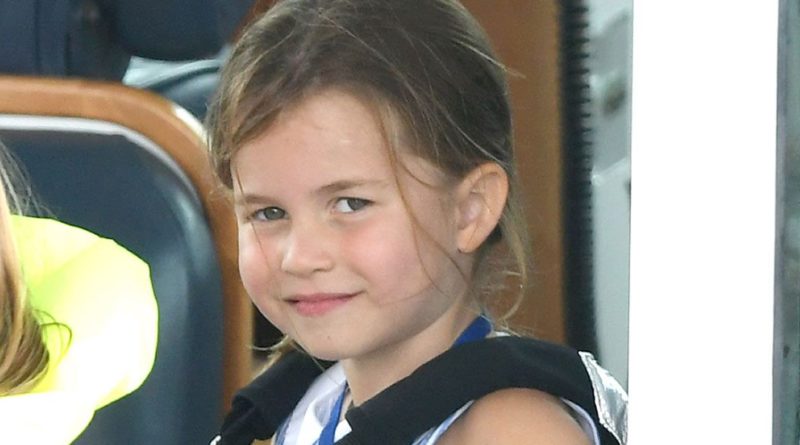 On Tuesday, Prince William hosted one more investiture at Buckingham Palace to individuals recognized for a variety of achievements in the United Kingdom.

During the ceremony, gold medal-winning netball champion Geva Mentor, who was made CBE for services to the sport, surprised the Prince with a present for his only daughter, Princess Charlotte.

She told the Press Association: “I mentioned that I had a netball for little Charlotte, I think it’s so important that kids know what netball is and grow up with it.”

Geva, a former England captain, helped the national team secure bronze in the 2019 Netball World Cup and with her teammates won a Commonwealth gold last year.

She said: “This is very humbling, but one thing I remember is it’s not just about me or for me, it’s symbolising where netball is at and hopefully there’s many more of these wonderful awards to follow.

“I guess my contribution has been over almost two decades now and I realise the position I’m in to be able to inspire and engage with people out there. Not just the fans but people across the world and get them into, not just netball, but sport to keep healthy and socialise.”

Speaking about her conversation with Prince William: “He mentioned the height first of all, he said, ‘It’s wonderful to be able to look somebody in the eye’.

Princess Charlotte could take after her mother Kate who has thrown herself into any physical activity she could.

At school, she was on the team for tennis, field hockey, swimming, netball, and rounder.

The sweet Princess even started having tennis lessons at the age of two at London’s exclusive Hurlingham club, which William and Kate thought the perfect place for her to learn. And, apparently “She is a natural!”