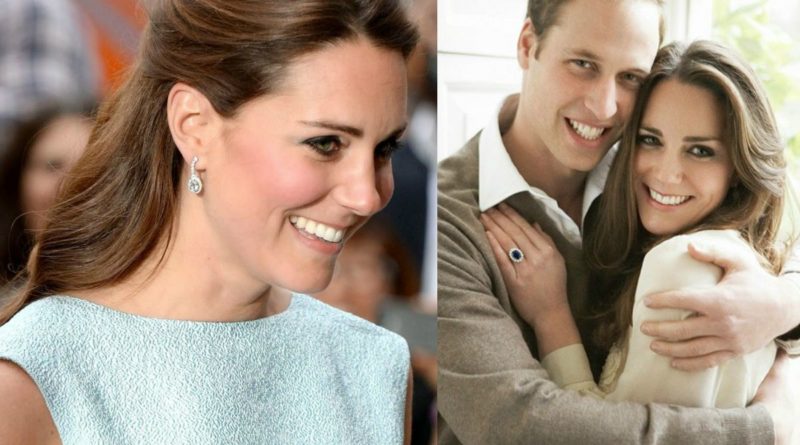 In September, it was announced that Prince William and Kate Middleton are expecting their third child. The couple got married six years ago and till now they have two children, Prince George and Princess Charlotte. It is interesting the way Prince William shows his love for Kate Middleton. After Kate gave birth to Prince George he gave her a push present. The same happened after Princess Charlotte was born. And you must be questioning yourselves, what kind of gift the Duchess of Cambridge will receive now?

Kate Middleton stacks an eternity ring next to her engagement sapphire. Is it a push present? http://t.co/lV0VjVgW9b pic.twitter.com/Zq2DC5LmD3

Prince George and Princess Charlotte brother or sister is due in April of 2018. Prince William now must be figuring out the perfect push present to Middleton. Maybe this time he will choose more traditional gift and give Kate something from Princess Diana’s collection. Kate Middleton has already received Princess Diana’s sapphire earrings from Prince William. Apparently, these earring are part of a set of sapphire jewelry that the Crown Prince of Saudi Arabia gifted Princess Diana. The set is contained of necklace and bracelet that were made in order to match Diana’s sapphire engagement ring.

Or maybe Prince William will choose to give Kate something new to add to her jewelry collection. Anyway, it doesn’t matter what the gift will be, he will either way show her how much he loves her and the baby.

After the Duchess of Cambridge gave birth to Prince George she was spotted wearing an extra diamond band on her wedding finger. Reportedly that was a push present that Prince William gave to her. According to Hello Magazine, he didn’t stop there. He also gifted Kate a flower brooch with a pink diamond in the middle.

After Princess Charlotte was born Prince William gave Kate Middleton another push present again. He gave his wife a pair of amethyst and tourmaline earrings from Kiki McDonough.

Apart from the titles Kate inherited from Prince William, she also received a couple of priceless royal family jewels. Princess Diana’s iconic 12-carat sapphire engagement rings encircled by 14 diamonds was the start of her collection. Every piece of jewelry that Kate Middleton has is unique and special. However, we believe that Prince William’s push presents are Kate’s favorites.

SEE ALSO: Why Is Queen Elizabeth Angry At Prince William and Kate? 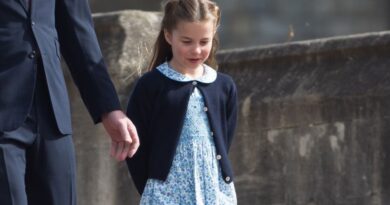