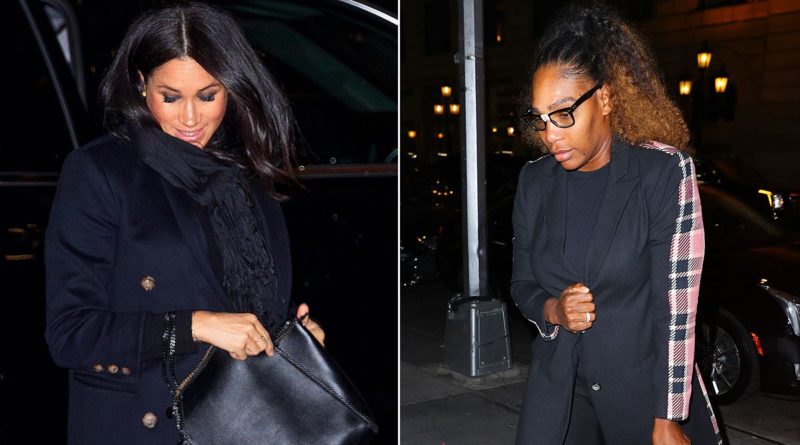 Serena Williams, a close friend of the Duchess of Sussex, made a quick stop to see baby Archie at Frogmore Cottage last week, before flying to Paris to compete in the French Open. The tennis superstar was joined by her husband Alexis Ohanian, 36, and their one-year-old daughter Olympia.  The seven-time Wimbledon champion posted a picture of herself in a regal stateroom at the Windsor home of Harry and Meghan.

Serena Williams was present at Meghan and Harry’s wedding last year, and reportedly hosted Meghan’s £330,000 baby shower in New York in February. The tennis star was in charge of organizing the glitzy event along with another close friend of Meghan’s, Canadian fashion stylist Jessica Mulroney, 39, as well as the Duchess’ sorority sister Genevieve Hillis. The “small” event was held in The Mark hotel’s incredible Grand Penthouse Suite, which costs a measly $75,000 per night, effectively making it the most expensive hotel room in the US.

Among the guests were other A-list celebrities, such as Amal Clooney, American CBS Anchor Gayle King, and actress Abigail Spencer. Meghan and Serena first met at a Super Bowl party in 2010 and have been become close friends since. Meghan wrote of their first meeting on her now-closed blog The Tig, and said: ‘Taking pictures, laughing through the flag football game we were both playing and chatting not about tennis or acting but about good old fashioned girly stuff.’

The Duchess has described how the two of them hit it off immediately and Meghan was seen pictured at Wimbledon in 2017 supporting her tennis-super star friend.

Meghan and Harry have been flooded with guests in the last couple of weeks at Frogmore Cottage, as the couple have been attempting to decide on who will Archie’s godparents be. At the moment, a clear favourite is Canadian fashion stylist Jessica Mulroney, who visited the royal couple with her five-year-old daughter, Ivy.

The top pick for the role of the godfather is Soho House creative director Markus Anderson, who was also reported to have made a visit. He has previously described as ‘the second most important man in Meghan’s life’ and also helped with the baby shower earlier this year.

There have also been visits from Harry’s side also, with Harry’s aunts, Lady Sarah McCorquodale and Lady Jane Fellowes – Princess Diana’s sisters – visiting and so have a few of his old chums.

Most noteworthy is Tom Inskip, who reportedly had a cooling of his friendship with Harry after he told him to slow things down with Meghan. He visited with his wife Lara.

Another visitor was Mark Dyer, 53, who has a close relationship with Harry ever since he became his equerry soon after Diana’s death.

Dyer can also take credit for Prince Harry and Meghan getting together-he used to own three West London pubs where the two quietly enjoyed their first dates.

Meghan’s mom Doria left Frogmore Cottage last Monday just in time to escape the crowds, having helped with the baby for two weeks.

READ NEXT: Kate Has Great News! And Her Kids Will Especially Love It!

The Queen To Spend Time With George, Charlotte And Louis 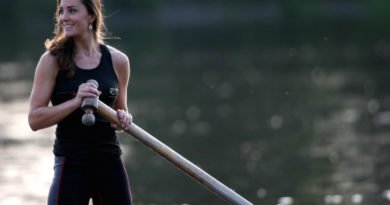