The habit had been passed down from Princess Diana to her two children Prince William and Prince Harry, and now it seems they are doing the same with their children.

Being constantly in the spotlight with little room to escape the public, the life of a royal is a non-stop struggle to maintain a certain gracefulness and good manners no matter the situation. This is true not for senior royals but for the youngest members of the royal family as well.

Of course, the ability to stay humble, graceful and composed is not something that comes naturally, so usually royal have to have some preparation for this, as any slip up will be caught by the public and made a big deal of.

For example, the three Cambridge children, Prince George, Princess Charlotte and Prince Louis, have always been a treat to watch when they make public appearances, with the trio usually stealing the hearts of fans with their adorable waves and smiles.

With Prince William and Kate probably making sure their children have good manners and behavior, they are already partly prepared for royal life. One habit from the late Princess Diana seems to have also been passed down to the three Cambridge children-the habit of writing thank you notes to anyone that had helped them.

Princess Diana was known as a great parent, making Prince William and Prince Harry the men they are today thanks to how she raised them. She would often take them to private charity visits and on normal days out as she wanted them to live without the restrictions of strict royal protocol.

Her biographer, Andrew Morton said: “She took the young royals with her on her private charity visits from a young age… One of the reasons was she didn’t want the boys to grow up thinking the whole world was 4×4 Range Rovers, shotguns and nannies.”

The habit, which she taught to both Prince William and Prince Harry, of writing, thank you notes to anyone who has helped them, has been passed on by William to his three children, according to recent reports.

A source explained: “[William and Kate] have developed this brilliant knack of letting as much as they can seem spontaneous and that’s how the children see it.

“Table manners, thank you letters, little courtesies are being drilled into the children so they become automatic.”

Ken Wharfe, a former protection officer for the royal family, distinctly remembers Diana’s sons writing thank you notes. Wharfe explains how one time Prince Harry wanted to ride the London Underground as well as use the famous red buses. So Diana being the awesome mom that she is, made it possible. The group hopped on the tube at South Kensington tube station and got off at Piccadilly. They then took the 38 bus direct to Victoria station, and according to Wharfe, Prince Harry was far from his best behavior.

Wharfe explains how Diana was not pleased with her son at the slightest and made Harry apologize, but the bus driver found it hilarious and said there was no need for it.

The next day the bodyguard remembers that he found a thank you letter on his desk from Harry. Wharfe said that the prince’s note was one of gratitude for helping him live a day like a normal person, but with Harry being the jokester he is, he signed the note with the same “parp, parp, ring, ring” that got him in trouble the day before.

READ NEXT: Prince William And Kate’s Next Glamorous Event Revealed 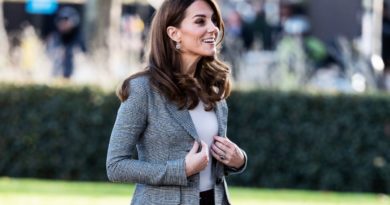 Why Kate’s New Patronage Has A Big Meaning For Her 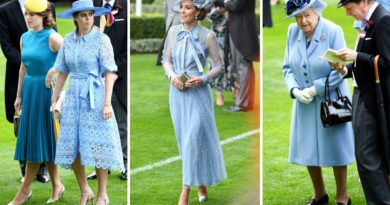