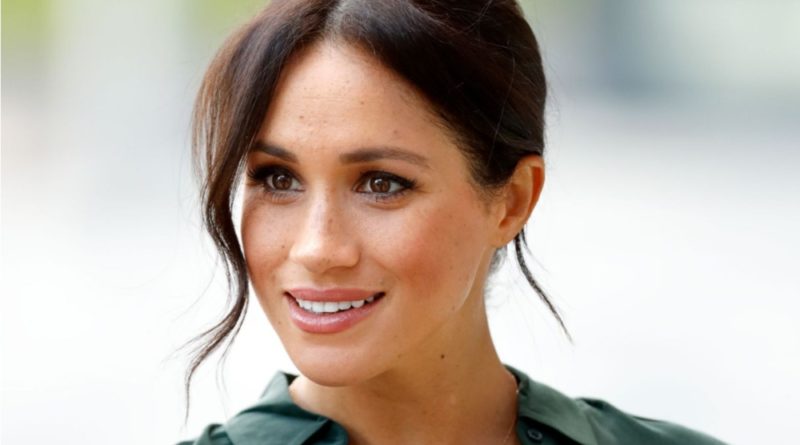 It is a wonderful day for the royal family, as Kensington Palace has officially announced that the Duke and Duchess of Sussex, Prince Harry and Meghan Markle are expecting their first baby.

The couple, who got married in May of this year, are preparing to start their own family with the baby that is expected to arrive in the spring of next year. And the internet could not be happier about it.

Sharing the wonderful news across social media on Monday, the palace confirmed: “Their Royal Highnesses The Duke and Duchess of Sussex are very pleased to announce that The Duchess of Sussex is expecting a baby in the Spring of 2019.

Their Royal Highnesses have appreciated all of the support they have received from people around the world since their wedding in May and are delighted to be able to share this happy news with the public.” And as the most couple decide to do, it would seem that Meghan and Harry had known about this for months, yet decided to tell their family’s and the public later on.

Royal correspondent Rebecca English has revealed that the Duchess has already had her 12-week-scan, and the baby is in good health.

The Duchess of Sussex had been pregnant for over 12 whole weeks and no one noticed?!

Ever since the wedding, there has been rumors and speculations that Meghan was pregnant, but nothing was for certain. There were tons of articles of so-called clues that the Duchess is expecting. And we all laughed at them.

Well, who is laughing now?

Oh, do I despise the fact that they can now say: “I told you so.” So in answer to this, we have made a totally-not-ironic list of ALL THE CLUES WE MISSED THAT HINTED AT MEGHANS PREGNANCY.

Because that is how those things were meant to be interpreted and overanalyzed. The day the pregnancy was officially confirmed(wait how does this make it a clue if we already knew the news?…never mind, the people making these lists ‘know’ what they are doing) the Duke and Duchess of Sussex arrived in Sydney to begin with their highly anticipated first royal tour as a couple .

Even after the long flight, the couple still looked as wonderful as ever, but eagle-eyed fans were quick to notice that Meghan looked kind of weighed down by some strategically places props as they headed into their car. Even though they are literally surrounded by an entourage that usually carries things for them, because royals, Meghan was holding two large purple folders across her front- while wearing a somewhat bulky winter coat and jumper.

I mean it might be a chilly spring day in Australia…okay who am I kidding its Australia mate, they don’t do cold.

Meghan has always preferred sleek, fitted outfits for any kind of public appearance. However, at Princess and Jack Brooksbank’s wedding last weekend, Meghan arrived in a huge, loose-fitting, dark-colored Givenchy coat. Even though it was still from one of her favorite designer’s, it really was an unusual choice for our oh so fashionable Duchess.

This was quite contrasting to the bright, more figure-fitting ensemble worn by Kate Middleton on the same day. And that was all it took to spark the speculations amongst royal family fans, as they put it-the coat would be perfect for hiding any sign of a pregnancy’.

Okay, so far so good, we can find a bit of logic behind the reasons. When the Duke and Duchess visited the Loughborough University for the Coach Core Awards, the main topic of debate was the debut of Meghan’s new hairstyle. We got used to her signature messy bun with loose tendrils. So it was a surprise when the Duchess showed up with her hair down in a super-straight, sleek style.

This might not be as sound evidence as the other two, but royal fanatics…fans were quick to defend their point. According to them, Kate Middleton, the Duchess of Cambridge changed her hairstyle right before she announced all each of her three pregnancies, with the logic that the hair will draw attention from other changes she might be experiencing.

With the unusually straight hair and the draped style of Oscar de la Renta top that she also selected for the day, maybe Meghan took a leaf straight outta Kate’s bump book?

Another fashion choice that stands out, was when the Duke and Duchess of Sussex attended the 100 Days of Peace concert in September. Meghan looked absolutely stunning in a demure yet vibrant blue Jason Wu midi dress. The piece itself was beautiful, but we can’t deny the fact that the floaty fabric and ruffled paneling detail would be a perfect cover for a pregnancy.

The dress does give the illusion of a bump, from a certain point of view. The fact to debunk this is that the pregnancy would be in such an early stage that there would be no noticeable baby-bump.

Back in August, we got the very important tip that Prince Harry has put his beloved sports car up for sale- a move that was taken as a hint that the Duke and Duchess could be in the market for a more family-friendly car. Whats not family friendly about an Audi R6S Avant. “17 reg and low mileage, so it begs the questions why is the prince selling so soon?” Auto Trader’s editorial director Erin Baker said at the time. “Maybe he’s on the market for a bigger family car.” Harry and Meghan have time and time again shown that they do not give a flying…damn about royal rules when it comes to romance and they often break the protocol with their frequent PDAs during public appearances. You might not think much of hand-holding or cute head-kissing, but recently Prince Harry’s body language towards his wife has been somewhat more protective than usual.

Last weekend at Princess Eugenie and Jack Brooksbank’s wedding, the Duke was pictured numerous times with his hand placed gently on Meghan’s back as they walked. That is so cute if it is true. Back in August, Meghan went full MI6 mode as she secretly pulled off a top-secret, solo trip to her former home in Toronto. There she met with Jessica Mulroney and her mother Doria Ragland. Despite being one of the most talked about people in 2018 and increasing by popularity each day, it seems that no one noticed the Duchess of Sussex just casually making her journey across the pond. I’m not even mad, that’s amazing.

And now that we know that she must have been at least a few weeks pregnant at the time, Meghan was probably anxious to share the news face-to-face with her loved ones. The royal family probably did everything they could for her to get back home without attracting any unwanted press attention. Those pesky paparazzi sure can be a pain.

8.THE PHOTO WITH QUEEN ELIZABETH This is the most solid argument you have heard ladies and gentlemen. According to some royal fans,  this photo looks like a grandson and his wife who’ve just told The Queen that they’ve got her next great-grandchild on the way?

Royal sources have revealed that the couple shared the news with their wider family at the wedding of Princess Eugenie, so this might as well be the moment they told old gran, judging by Meghan’s knowing smile and Harry’s cheeky facial expression. But who knows?

Who knows indeed? Not every moment has to have some deeper meaning, not every move is some hidden sign that shows a bigger conspiracy. Why not enjoy things as they are, instead of overanalyzing and picking apart everything to scramble and find some kind of vague plot. Sadly this is what journalism has become. But that is a topic for another day.

All we can say is:

Congratulations! We wish the very best for the future parents and the upcoming royal baby. Both the royal family and royal fans should just enjoy in this beautiful part of life. Royal or not.

Oh, I can already feel all the speculation and the articles I am going to have to write about the baby. What gender will it be? What will they call it? When is she due? When will we see it? …oh my.

This Is When We Will Next See Meghan