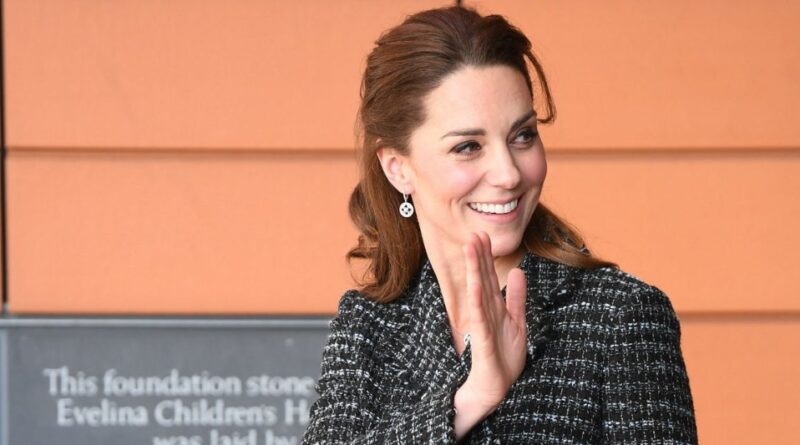 The Duchess of Cambridge looked stunning as always, as she visited the Evelina children’s hospital. But royal fans noticed a certain piece missing, her engagement ring and eternity ring. Her Welsh gold wedding band could clearly be seen on her fourth finger, the 12-carat sapphire engagement ring and her Eclipse diamond eternity ring, made from 18-carat white gold, by Annoushka, were noticeably missing.

Fans have been speculating where she got the second one, with most believing it to be a gift from her husband, marking the birth of their first child, Prince George.

The reports have confirmed that the reason why Kate removed her two bands was due to health and safety regulations. Kensington Palace also confirmed that saying that the Duchess took off her accessories because she was visiting the children’s wards, and, as such, it was important for the royal to remove any potential hygiene hazards.

This is not unusual, as back in 2018 she did the same thing. In January last year, the Duchess was visiting the children at Great Ormond Street, and again she appeared only with her wedding ring, leaving her two other bands behind.

While chatting with the children and parents there, one of the mothers asked Kate about how Prince William proposed. The two dated for around eight years before Prince William finally decided to finally ask the big question; Sarah Ibendah, one of the moms present,  told the Duchess she sympathised with her because it had taken her husband the same length of time to pop the question.

Kate met Sarah as she learnt about the creative workshops run by the National Portrait Gallery for young patients and their siblings. Sarah, from Blackheath, south-east London – whose three-year-old son Benjamin is being treated for an auto-immune condition – said after meeting the Duchess on the award: “We also bonded over the fact it took our husbands like nine years before they asked us to marry them. When I mentioned it she laughed politely and gave a knowing smile.” 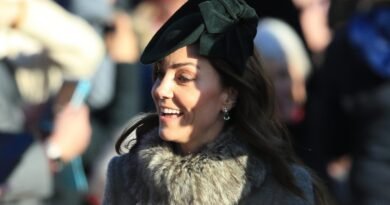 Duchess Kate Revealed Her One Regret About Her Christmas Appearance