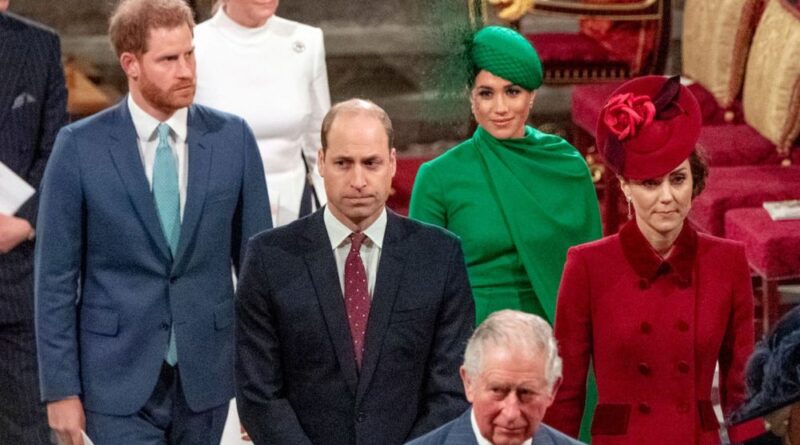 On Monday the annual Commonwealth Day service at Westminster Abbey was held, and most of the royal family was in attendance. But something was a bit off about the whole thing. Strangely there was little to no handshaking between the guests. This is not due to some inside-trouble in the royal family we might not know about, it is just a cautionary protocol put in place in these troubled times. Due to the coronavirus spreading at an alarming rate throughout Europe, royals were instructed to keep physical touch to a minimum.

A spokesperson for the Abbey said: “Westminster Abbey is acutely aware of the risks posed by the spread of novel coronavirus. In recent weeks we have advised members of our congregation to avoid shaking hands.” The royals instead got creative, finding new ways to greet the other attendees, such as when Prince Harry bumped elbows with Craig David when the two met at the end of the service, while his wife went over to hug a performer. Way to go Meghan.

The protocol was mentioned by Prince William, joking about it with Lord Howell, chairman of the council of Commonwealth Societies, admitting that it was weird not to shake hands. He said: “It’s very odd not shaking hands, I try my best to hold my hands like that,” as he clasped them together and held them against his waist. The coronavirus crisis was addressed by Prince William during a reception hosted by Britain’s Ambassador in Ireland, Robin Barnett.

Both the Duchess of Cambridge and him told a paramedic at the event that they were keeping an eye on how things are going. A royal source revealed that for their tour of Ireland, the couple were given guidance by the Public Health England and the Department of Health, but at the moment things are proceeding as usual for now. Let’s hope nothing changes in the future.

Not being able to shake hands was the only noticeable change to the event, as the rest went as always. For the Commonwealth Day service, the Queen is always positioned in the front row by the alter with Prince Charles and the Duchess of Cornwall, as well as Prince William and Kate Middleton.

Behind them were Prince Harry and Meghan, one of their last royal engagements before they finally step down from their royal duties on March 31st, and Prince Edward and the Countess of Wessex. Prince Andrew was absent from the engagement, as he stepped down from his royal duties at the end of 2019, after his TV interview with BBC Newsnight, which focused on his connections to convicted sex offender Jeffrey Epstein, who didn’t commit suicide last year. Prince Phillip was also missing from the service, as he retired from royal duties back in 2017. 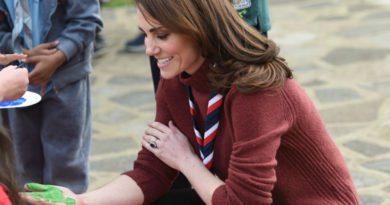 Kate Steps Out For Day With The Scouts Sporting Their Neckerchief