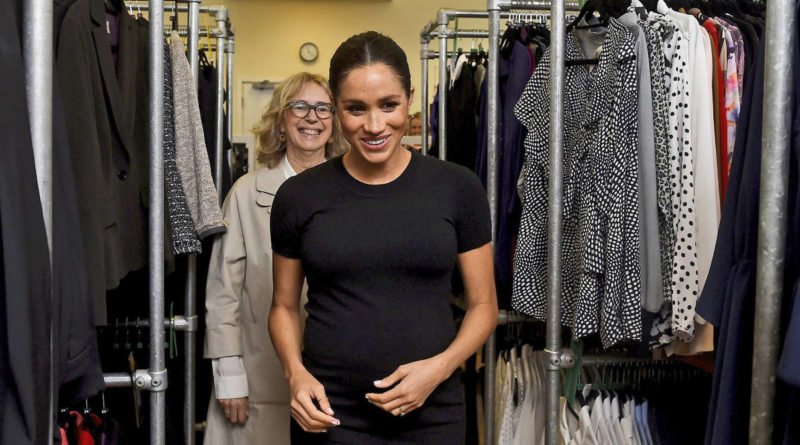 This week our favourite Duchess looked absolutely stunning during her visit to a women’s charity. But there was something about the Duchess that didn’t go unnoticed by the hardcore fans and that is that the Duchess of Sussex’s belly button has popped. Panic! Sound the alarm! No, this is totally normal, especially for a woman who is in the third trimester of her pregnancy.

During the pregnancy, all kinds of changes take place in the woman’s body, and the belly button turning into an “outie” to an “innie” is something lots of future-moms have experienced. This happens when the baby grows to take up more room in her body, and the uterus puts pressure on the mum’s abdomen. This can cause the belly button to “pop”, and is nothing to be concerned about. Dr Carol Cooper, for The Sun, assured us: “It’s absolutely normal for the belly button to become more prominent in pregnancy. “This happens because the pressure inside the abdomen rises as the pregnancy progresses.

“A woman who’s got an ‘innie’ often finds this becomes an “outie” sometime after mid-pregnancy, often between 26 and 36 weeks.

“The timing isn’t reliable enough to make any predictions as to when the baby will arrive. Obviously, though, it does suggest the baby is growing.

“The belly button normally goes back to the shape it was before, but, like the rest of the body, it can take time.

“It doesn’t always look quite as neat as before the pregnancy. Think of a sock that’s no longer straight from the shop.”

The third trimester usually starts around the 28th week and lasts to the 40th, but that all changes from mom to mom. Meghan’s new “outie” was noticed when she wore a figure-hugging black dress from Hatch and a tan coat by Oscar de la Renta at the Smart Works charity, in which it was very visible. We know that the baby is due in Spring, according to the Palace. Experts predict that her due date will be in March, which fits with the timeline that she just entered her third trimester.
Leave it to people to make a game out of everything, they have started betting on which month Meghan will give birth in. With the current standings, March is currently the bookies’ favourite month, with odds for an April birth being evens, and a May baby being 10/1.

Royal Correspondent Emily Andrews thinks that we will be seeing the new royal being born “March or early April”.

She said: “All we know for sure is that Meghan is due in the spring. When Kensington Palace announced that the Duchess was pregnant, their official announcement said she was expecting a baby in the spring of 2019.

“At the time many royal watchers assumed she was only just 12 weeks pregnant, meaning she was due to the end of April/start of May next year. “But I was told she was much further along than everyone thought, putting her about three weeks earlier at the start of April.

“The recent pictures of Meghan with a blooming baby bump have left many speculating that she’s due as early as February.

“In the flesh, Meghan is very petite and every woman carries babies differently, so I’d expect her to have a large bump quite early on.

“If I were a betting woman, I’d still stay early April. But as we all know babies can come at any time.”

READ NEXT: Meghan Already Has Big Task In New Role Handed To Her By Her Majesty

The Queen Will Join Zoom Party For Princess Charlotte Birthday

Kate Just Hosted Her First Christmas Party Of The Year 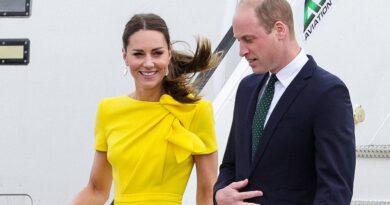