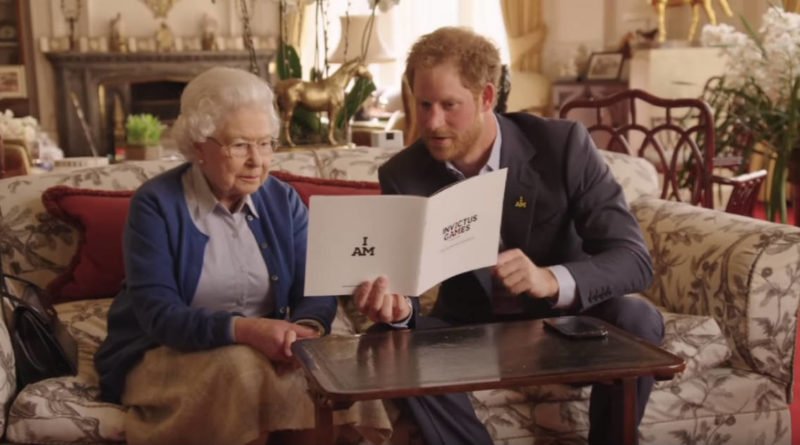 Queen Elizabeth II has a “very special relationship” with Prince Harry and often “lets her guard down” around her grandson, according to former butler to Prince Charles.

The Queen has a special bond with her grandson Prince Harry, and that might be due to the young Duke of Sussex reminding her Majesty of her husband Prince Philip, according to former butler to Prince Charles, Grand Harrold. While speaking in the latest royal documentary from Quest Red, Mr Harrold said: “I think in public we can see that the Queen does let her guard down a bit with Prince Harry. There’s a very special relationship.” He added: “Sometimes, I wonder if maybe he reminds the Queen a little bit of Prince Philip.

“You know, with that wonderful, let’s say, the kind of glint in his eye.”

Prince Harry and his wife Meghan Markle, who he married in what can only be described as a fairy tale wedding in May last year, have cemented their royal positions as Duke and Duchess of Sussex and senior royals, alongside Harry’s brother, Prince William and Kate Middleton, the Duke and Duchess of Cambridge. The Sussex’ are at the moment expecting the birth of their first child, which is due to arrive sometime around late April or early May, so that means it can come any day now. In the last couple of years, Prince Harry has been toning down his troublemaker persona and his cheeky sense of humour and love of jokes, maturing more to prepare for his future roles as husband and soon-to-be father. Royal author, Katie Nicholl, in her 2010 biography, “Harry and William”, remember a prank that the Prince pulled on none other than the Queen herself, a prank that gave an aide the “shock of his life”.

Ms Nicholl writes: “Harry had always been the more troublesome of the two princes and even [the Queen] had been on the receiving end of his pranks.

“One Christmas she was given a mobile telephone and asked Harry to activate a standard voicemail greeting. She claims that Harry’s message ran: “Hey, wassup? This is Liz!

“Sorry, I’m away from the throne. For a hotline to Philip, press one, for Charles press two, for the corgi’s press three.”

She adds that there were also “snorts of mirth from William who could be heard guffawing in the background”.

Ms Nicholl continues: “The Queen was told of the hoax message when her private secretary Robin Janvrin called up and ‘got the shock of his life’, according to an aide.”

READ NEXT: The Gift The Queen Will Give To Baby Sussex