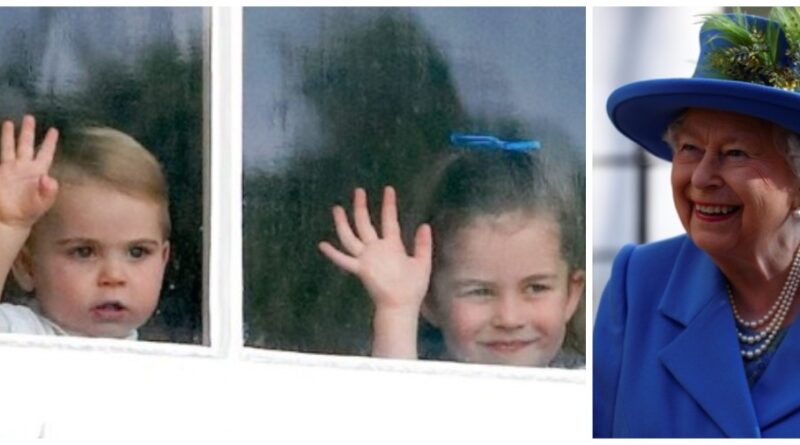 The Queen has a ‘sweet plan’ in store for both her great-grandchildren, Princess Charlotte and Louis, who will soon be celebrating their birthdays. Prince Louis will be turning two on April 23, with his older sister Charlotte celebrating her fifth birthday on May 2nd.

Unfortunately, the way things are going, they will still be under lockdown due to the ongoing crisis. But that will not stop a loving great-grandmother.

According to royal sources, the Queen, who is said to have become quite tech-savvy of late, is planning to celebrate their special days through video calls.

Prince William and Kate’s three children have already been keeping in touch with their elders, by sending ‘chatty videos’ to their grandfather Prince Charles, as well as the Queen, who they call ‘Gan Gan’. It does sound better than your majesty.

“Then Charlotte turns five on May 2.

“So, within a week and a bit of each other two of them will be having birthdays.

“Obviously, they won’t be able to have friends over.

“Knowing Kate, she would have a whole schedule of party type things to do.”

She continued: “Remember her parents run a party planning company.

“I imagine Carole Middleton because she can’t see the children, has got all these things sorted.

“Of course, they still have plenty of staff to make birthday cakes and help construct party poppers.

We are sure that super-parent Kate will have something planned for the two big days as well, so it is almost certain that they won’t have a boring day.

“I don’t think the poor Cambridge children will be doing without.

“They just obviously will not have their friends.”

Podcast host Zoe Burrell said: “I think that would be so sweet to have a message from great-gran.”

The two eldest, George and Charlotte, have both been talking to their grandfather, 71, who is currently in Scotland, after having had the virus. Their favourite topics have been animals, flowers and anything else that is on the minds of the two youngsters. Maybe Prince Louis would like to add something himself.