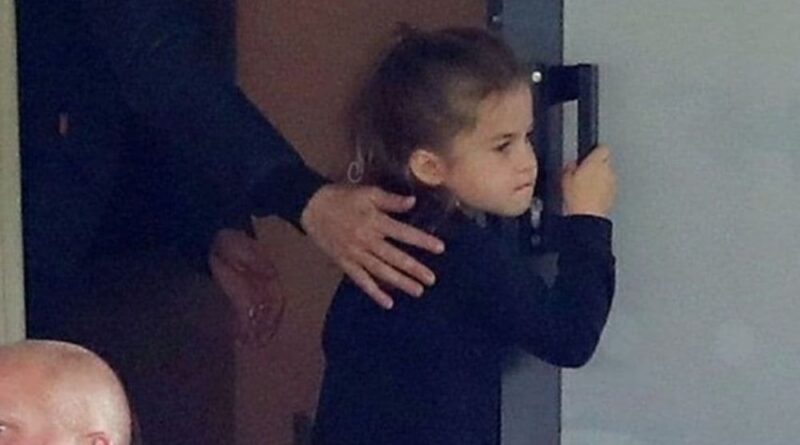 An unseen photo of Princess Charlotte and her mommy Kate has been warming hearts because of its cuteness!

Back in October, royal fans were treated with a rare appearance of Prince George and Princess Charlotte. The sweet siblings and their parents attended the Norwich City v Aston Villa match. A lot of pics and videos were released that day, however, one photo must have slipped out of our sight.

A fan account on Twitter @TheHRHGeorge shared the unseen, beautiful photo. It was probably taken as the Cambridge ladies were arriving at the game. Princess Charlotte looks utterly sweet in a navy sweater, while mum Kate wore lightweight navy puffer.

Norwich City v Aston Villa marked the first match Prince George and Princess Charlotte have attended. And without a doubt, George was the most festive of them all. Charlotte sat on her mother’s lap as Kate appeared to explain the rules.  George was next to William, even rising to punch the air when celebrating Aston Villa’s fourth goal.

But George and Charlotte aren’t just fans of watching football. They also fancy playing the sport. Last summer, during a polo match, which Prince William and Prince Harry took part in, the siblings were photographed kicking around a ball.

Well, this doesn’t surprise us as they have a football-mad dad!

Prince William also talked about his experience with his older children at a tea hosted at Kensington Palace for winners of The Diana Award.

He told winner Olivia Hancock, that George and Charlotte love to kick a ball around in the garden.

She said: “So when I was chatting with Prince William he said to me when he plays football with George and Charlotte when Charlotte’s in goal George says to her that ‘Charlotte I’m better than you’.”

She said that William told his son: “George, Charlotte could be as good as you”, adding: “It’s great to hear that Prince William is saying that to George.”

READ NEXT: The Sweet Way Prince Louis Shows Kate What He Wants To Eat

William, Kate And The Children Leave Balmoral As They Are Spotted At Airport 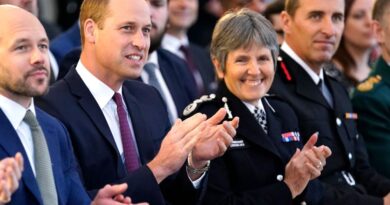