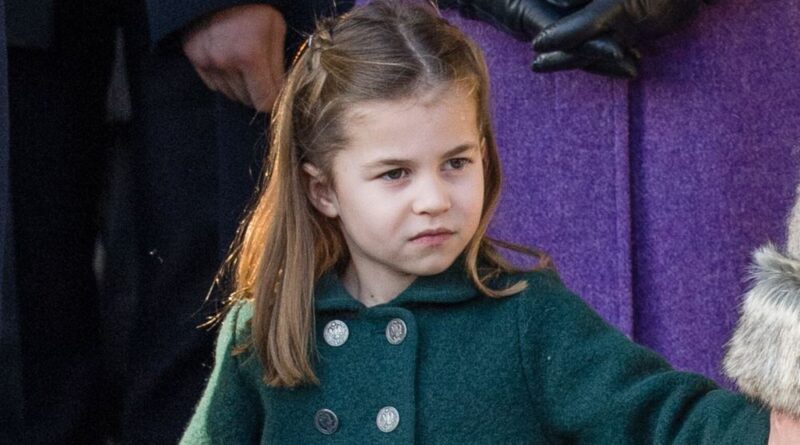 Princess Charlotte had a busy Christmas Day, as she and brother George made their debut on the royal family’s annual Christmas walk to church.

After the service, the siblings walked out alongside the rest of the royals to wave goodbye to the Queen, who left the service in a car.

In a video, posted on Twitter, fans noticed that the little Princess gave an adorable curtsy to the Queen, after she got in the car. First Kate can be seen curtsying, before little Charlotte copies her as the Queen leaves the church.

Royal watchers praised Princess Charlotte for being so ‘well mannered.’

One tweeted: “Okay but Charlotte’s curtsied to the Queen! OMG! So cute! Her momma didn’t first but she did it and she did it like a true Princess! she held her coat and curtseyed! So freaking cute!”

Another one noted: “Princess Charlotte is so adorable. Her polite curtsy to the Queen is done with such grace.”

After the goodbye, Charlotte and George followed their parents footsteps and greeted members of the public who excitedly gathered outside the church to see them.

Princess Charlotte looked so pretty in a dark green coat by Amaia, which coordinated with mom Kate’s green hat and green pumps. Prince George, handsome as always, was dressed in a dark blue blazer and jumper, which matched dad William’s blue coat and pants.

Princess Charlotte happily greeted royal watchers, and she even gave a sweet hug to one woman in wheelchair, even embraced some members of the public!

The little Princess, who was accompanied by her mom, was also handed a gift box. Gemma Clark, gave Charlotte a flamingo and said she seemed pleased with the gift.

“She said ‘Thank you’,” said Ms Clark, who was in a wheelchair.

Another woman who gave Charlotte a doll told Sky News: “She came over with her mom, she liked the doll. Her manners are outstanding — but she’s cheeky, she wasn’t at all scared.” The woman said Prince George’s manners were also “perfect”.

READ NEXT: Duchess of Cambridge Releases Her Own Gorgeous Monochrome Christmas Photo 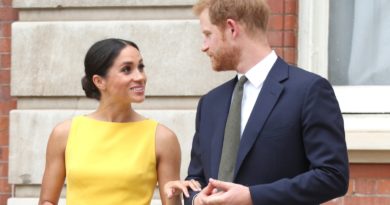 How Harry Pays Tribute To Wife Meghan With His Ties? 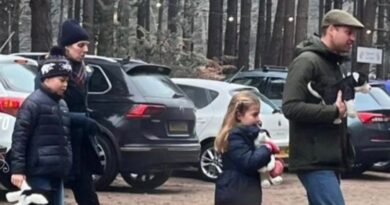 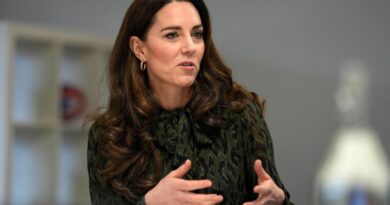