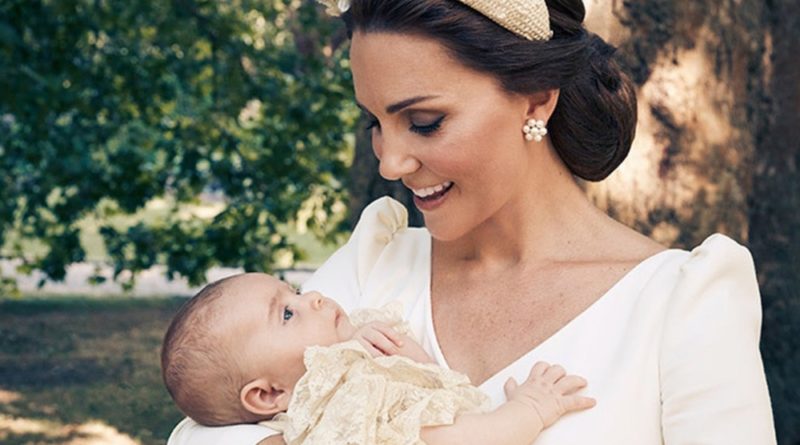 Prince George and Princess Charlotte are currently on a half term holiday. The Cambridge family usually go to their home in Anmer Hall in Norfolk when the kids are free. But, this time mom and dad have some engagements.

On Monday, a day before the state banquet with the Dutch royal family, Prince William and wife Kate were spotted in London.

But they were not alone! They took their youngest child, Prince Louis, with them to the capital.

A Twitter account named: Tea Time With The Cambridge’s posted a video in which you can see the parents arriving by helicopter at Kensington Palace with their 6-month-old baby boy.

What a pleasant surprise!

The last time we saw Prince Louis was at his christening in July. But, we feel like it’s been years since we last caught a glimpse of him.

On October 23, he turned 6 months, and we hoped a little that William and Kate will share some photo of Louis. However, we still haven’t got one.

Guess, we will have to wait to see the tot until the release of his next official portrait, which will most likely be at Christmas.

According to Emily Nash, Hello! Royal correspondent: ‘We often see them around Christmas, the family quite often send out a Christmas card or there’s some sort of image of them and I think we’d all like to see the Cambridges as a family of five. Perhaps wearing some festive jumpers!’

Nash added: ‘And of course the children’s grandfather has a very big birthday coming up. Prince Charles is turning 70 on 14 November so it could be an opportunity for all the family to get together, who knows? There are reports of a big party, I’m sure there will be big celebrations.’

This Is When Prince Louis Is Expected To Start Nursery