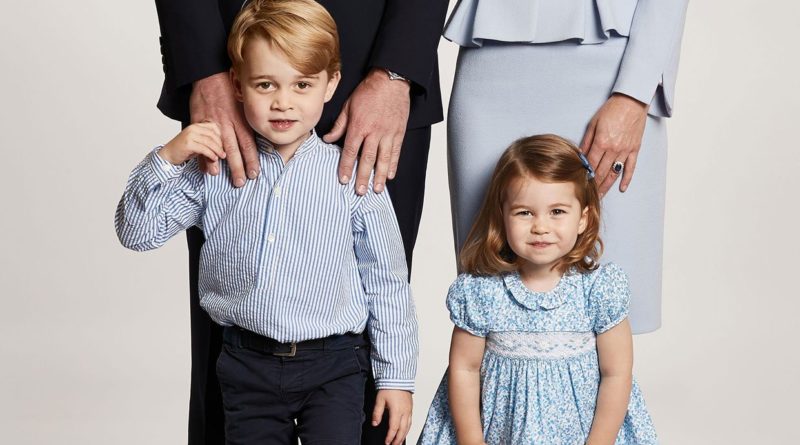 Every members of the Royal Family is expected to bow and curtsy to the Queen at public outings. Despite that the mini royals are not required to strictly follow all the rules, they still have to pay their respects to their gan-gan.

So, George and Charlotte will soon have to learn how to curtsy at quite a young age.

According to historian Marlene Eilers Koenig, royal children start the tradition from a young age. According to the tradition, she explained, royal children start bowing and curtsying when they turn five.

“The only person they will curtsy or bow to is the sovereign.

“Yes, there are articles that state this, but it is not true.”

Eilers Koenig shares that the royals have to curtsy and bow only to the sovereign. But they don’t have to do that to another royal highness.

She continued: “Curtsying and bowing is etiquette, nothing to do with precedence.

“You bow or curtsy the first time you see the sovereign and then again when you leave.

“At Christmas at church, we saw the Cambridges and Prince Harry and Meghan curtsy and bow when the Queen arrived and left.

“Other royals including Charles did not because they had come from Sandringham and had already seen the Queen.”

Prince George celebrated his fifth birthday on Sunday. Therefore, we can expect to start seeing him bow down to his great grandmother at public appearances very soon.

When it comes to three years old Charlotte, she probably has a couple more years of curtsey-free interactions with her gan- gan.

We noticed Charlotte giving her first mini curtsy last summer, when the Cambridges left Poland on their royal tour.

Prince Louis is still a newborn. And he doesn’t even know what a bow or curtsey is yet. So,  he doesn’t have to worry about this any time soon.

READ NEXT: What Kate And William Love Doing While On Holiday In Mustique? 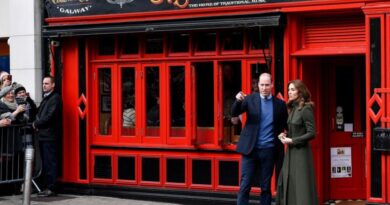 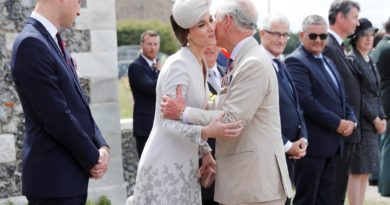